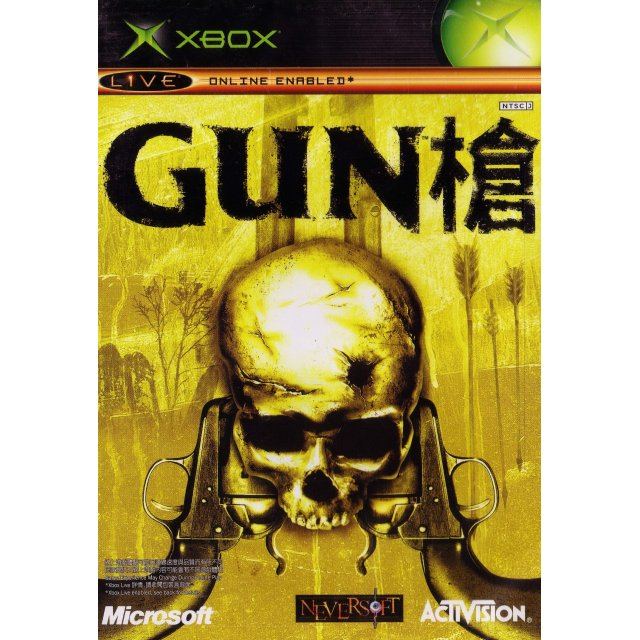 Collections
Activision
Compatible with Xbox™
For JPN/Asian systems only.

sold Out of print / Out of stock.
Manufacturer
Activision
Compatible With Xbox™
Version

When life robs Colton White of all that matters, the only thing left he can trust is his GUN. From award-winning developer, Neversoft, and accomplished screenwriter, Randall Jahnson (The Mask of Zorro, The Doors), GUN follows Colton on his quest for discovery as he seeks to exact vengeful justice on those who have wronged him. GUN is a realistic epic action/adventure that lets gamers experience the brutality of the lawless West.

If you are familiar with Gun, why not let others know?