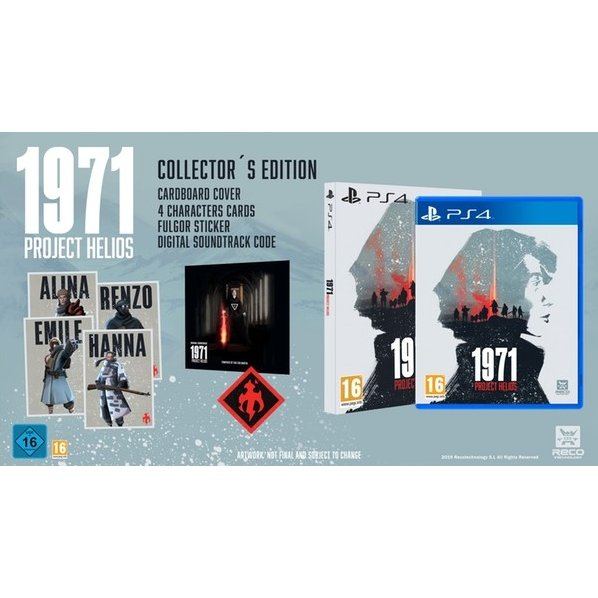 Works on all systems sold worldwide, a correct regional account may be required for online features.
24h In stock, usually ships within 24hrs.
US$49.99
Manufacturer
Recotechnology S.L.
Compatible With PlayStation 4™ (PS4™)
Version

Works on all systems sold worldwide, a correct regional account may be required for online features.
24h In stock, usually ships within 24hrs
Price
US$49.99
Play-Asia.com Return & Refund Policy
Click on a thumbnail to see more pictures for 1971 Project Helios [Collector's Edition]

1971 Project Helios PS4 Game Europe is isolated. Casualties are counted by the millions and North America seems to be devastated. The impact of the meteors triggers a glaciation, thus altering completely the planet's climate.

The campaign sets in a frozen world, in which eight people (each one with its own problems and interests) join in a sort of temporary alliance, to find one particular person: Dr. Margaret Blythe. On the trail of her whereabouts, they will travel and fight shoulder to shoulder, and they inevitably get to know the others. Depending on some strategic and personal decisions, you will guide these characters right to one of three possible endings.

No reviews for 1971 Project Helios [Collector's Edition] yet.