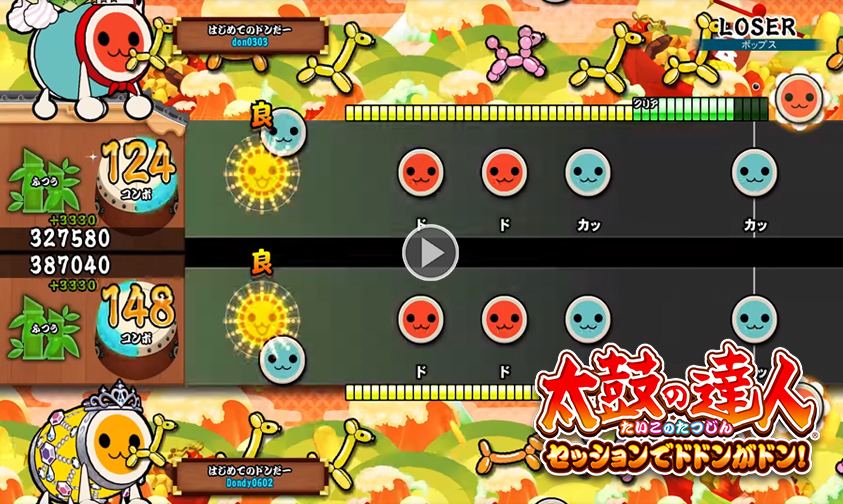 The word taiko is formed by the ideograms 太 (tai which means “big”) and 鼓 (ko which means “drum”), in the traditional culture its importance goes beyond its nature as a mere musical instrument. Being made of wood, it partakes of the sacrality of the tree from which it was made, and its powerful and thunderous sound can reach the land above the clouds where the Kami lives.
Since ancient times the taiko has been the main instrument of most of the religious folk ceremonies, as a means of communication between the earthly and divine beings. Used also in Noh and Kabuki theatres the taiko is still today one of the symbols of Japan.

This why in 2001, Bandai Namco has released in the arcades the first episode of the long-life music games’ series Taiko no Tatsujin. During the years it became so popular that  WadaDon and WadaKatsu – the round main characters – are frequently portrayed as special hosts in other video games including Hatsune Miku, Puzzle & Dragons, The Legend of Heroes: Trails of Cold Steel, and Tekken 7.

This week Taiko no Tatsujin Session de Dodongadon will be released for PlayStation 4. Featuring more than 70 tracks from the J-Pop latest hits to the anime classic songs, passing through Vocaloid and games’ music, this new episode you must prove your skills with the taiko sticks. Beat the drums and reach the top of the chart to be crowned as the greatest taiko player of the world!

In addition other than the classics “arcade” and “story” modes, a big number of new game modes has been implemented for the very first time: the “Guest Session” that allows you to play with the most famous Japanese pop-icons such as Doraemon, Hello Kitty, Pacman, end even Heihachi Mishima or the “Best Replay” mode in which you’ll face very difficult songs that will grant you the access to the Olympus of the taiko players. As tradition wants, each song has its own achievements. By achieving bingos, you’ll receive a treasure chest which contains (if you’re lucky!) some special items that can be used to customize the taiko, modify the name tag or change the profile icons.

It's time to go pro playing with the realistic "drum controller" designed specifically for this new game! The fun will never stop with Taiko no Tatsujin Session de Dodongadon, the super exciting taiko festival for PlayStation 4! 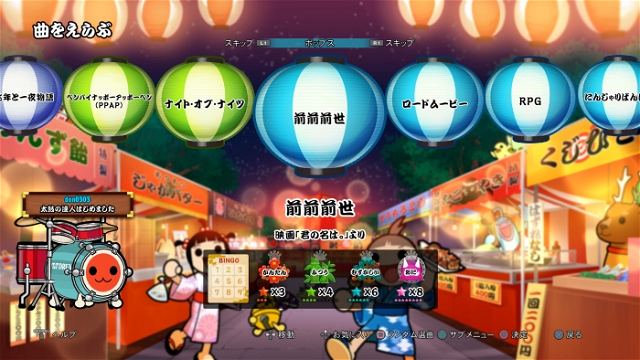 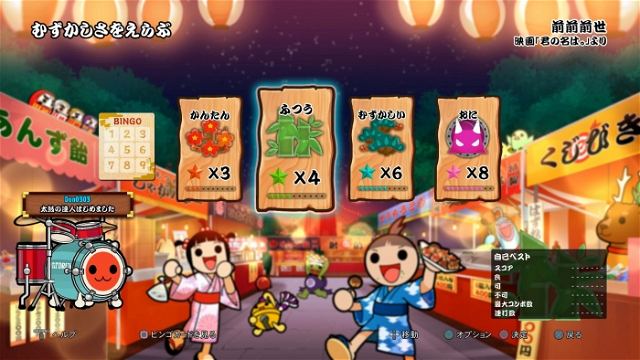 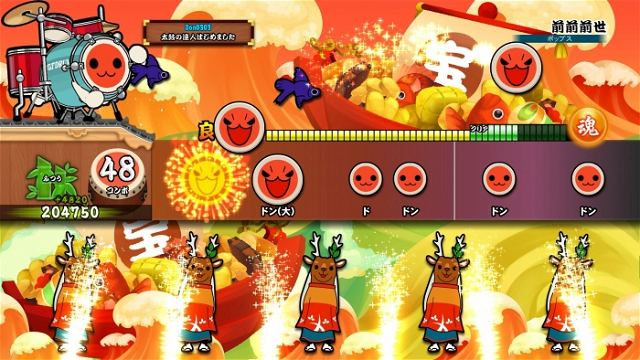 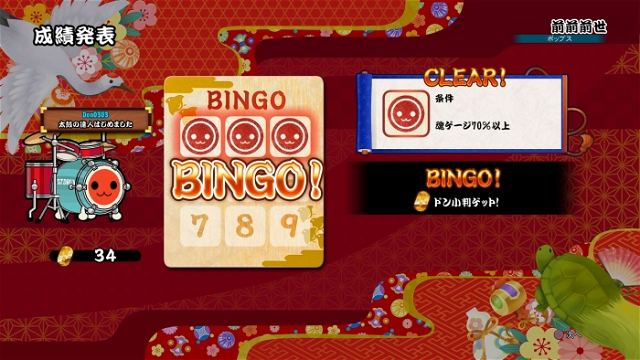 Welcome to this week’s Merch Mart where we give you a roundup of all the merchandise we currently have on offer. All items have a pre-order deadline of October 27th unless explicitly stated.

If you have any questions about the Japanese sizes, please check the size chart of the item and compare it with your home country’s size chart, for example here. Or measure a fitting shirt of yours like this and compare it with the chart on the product page.
Let's start off with a small selection of new PlayStation merchandise: favorite amongst those should be the super nice and really unique Yunomi (traditional Japanese teacup). If you’re more the coffee person, fear not, you can get the Matsuri (celebratory) mug to get your fix. And finally, there is the necktie plus fitting pin that has the dual functionality of the infamous mullet: all business up front, all party in the back!Fan-favorite Pop Team Epic makes a return with these re-runs of the full print and the strangely mesmerizing Kusowave shirt. Those are for you, melonfarmers! Straight from DMMORPG Yggdrasil come these Overlord tees, bag and shirt that fit nicely into Halloween season.  Momonga and friends are a nice fit for all fans out there, even NPCs!Fate/Grand Order with its plentiful characters will probably bless us with loads of merchandise. Well, this week it is a re-run of Jack The Ripper, Souji Okita and Ishtar on full print shirts. #blessedAnd what would a proper merch mart be without some new Black Lagoon shirts, huh? So here you go with fan-favorite Revy and Roberta in full print or normal print.With the start of the fifth season of RWBY come some pretty neat fanshirts in a multitude of colors to emerse yourself even deeper into the future-fantasy world of Remnant. RIP Monty Oum.Osomatsu-san continues to be one of the most popular anime in Japan and rightly so. The nicest part about the merchandise is that you get 6 different versions, each in color line of one brother. That is as long as you like it a little bit on the brighter side of the palette!Whilst Kemono Friends has received little love from its publishing house, fans have not wavered in their dedication. So maybe despite all controversy, the series will keep its heart in the right place.
RIP Grape. As always, from here on it's some highlights of the of the re-runs currently available. For all items on pre-order, please click the yellow button at the end of this post!