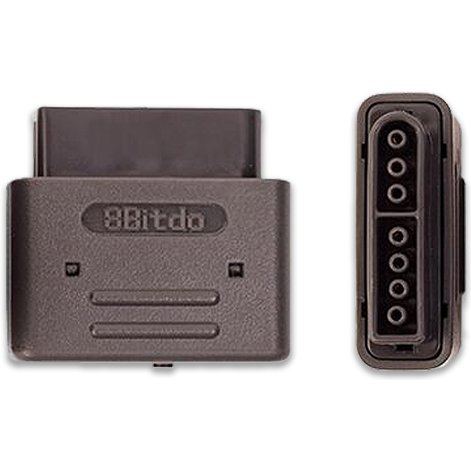 8Bitdo
Rated
By Our Customers
Compatible with Super Famicom™ / SNES™, Windows™, Mac™
24h In stock, usually ships within 24hrs.
US$17.98
Limited time offer - Secure yours now before the offer expires!

Manufacturer
8Bitdo
Rated By Our Customers
24h In stock, usually ships within 24hrs
Price
US$17.98
Our previous price:
US$ 24.99
You save:
US$ 7.01( 28% )
Play-Asia.com Return & Refund Policy
Click on a thumbnail to see more pictures for 8Bitdo Retro Receiver for SNES/SFC

onildoaguiar (63) on 24, Dec. 2016 04:49 (HKT)
Amazing
Otimo adapter! Eu recomendo a todos.
megatog615 (1) on 03, Sep. 2016 11:59 (HKT)
Incredible
I've been wanting something like this for years. After my official controllers finally stopped working right, I've had trouble with wireless(proprietary RF) controllers as replacements. Finally, someone decided to use a wireless gadget standard that guarantees low interference and latency. This, along with an 8bitdo SFC30 have solved my SNES gaming problems.
metroidfan220 (1) on 19, Aug. 2016 22:27 (HKT)
The product I've been dreaming about for years now.
It works right out of the box! I had no problems getting this set up with my new SNES30 gamepad, and I was up and running in a matter of seconds. It hasn't left my SNES since. I still can't believe how well it works. The ease of use we all remember from our childhood, combined with the convenience of modern day bluetooth. This single purchase breathes new life into my whole SNES library!
saegiru (2) on 18, Aug. 2016 21:24 (HKT)
Just like the NES Retro Receiver
Simply amazing. Works flawlessly (once you update to the newest firmware), and easily. Pair it up and you are good to go. I use this on both my SNES and as a bluetooth adapter on my PC. The fact that it is recognized as XINPUT makes it work with pretty much any game out there, including Megaman Legacy Collection and 20xx. Highly recommend these even if you don't have a SNES or NES.
jlrider (1) on 18, Aug. 2016 09:24 (HKT)
Fantastic, what took so long to to invent!!!
Works just as expected, no lag that I could tell. Used it with my PS3 controller to start, software on support page to pair the unit was easy and straight forward. Now that it is performing as hoped I'm waiting for a SNES30 controller to arrive so I can complete the pair.
1 »