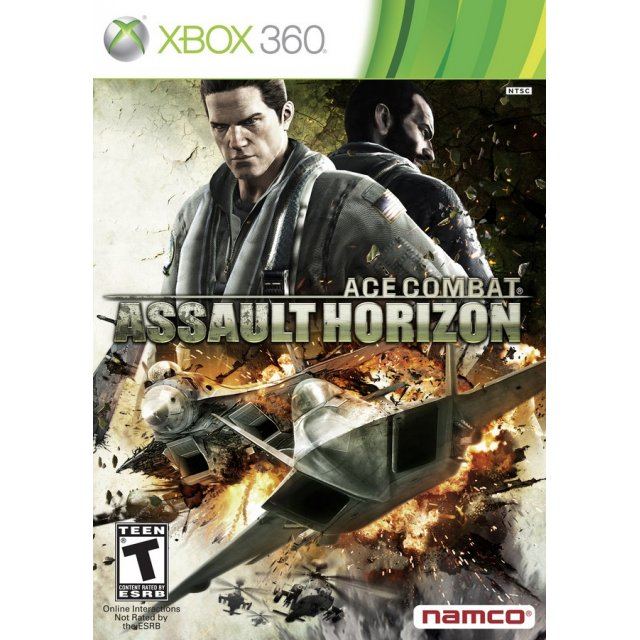 If you are familiar with Ace Combat: Assault Horizon, why not let others know?

danbal76 (105) on 30, May. 2016 11:10 (HKT)
Great!
This is the second Ace Combat title for the Xbox 360, and, like the previous one (Ace Combat 6: Fires of Liberation), it does not disappoint.
jegl1985 (24) on 20, Feb. 2016 10:00 (HKT)
Classic saga
Best saga of planes, good graphics, good game play, good sound... select your target and launch the missiles
paulo.america (9) on 27, Mar. 2013 03:48 (HKT)
Very good
"Assault Horizon" comes with this new "Ace Combat". The rules for "dog fight" and leave the game with bombing guy action movie like "Invisible Threat - Stealth", but sacrifice the breadth of game strategies. And despite the welcome additions of phases artillery bombardment and helicopters, "Assault Horizon" in the main piece: plane missions. Old fans of the series are a bit surprising this new "Ace Combat", but it seems much more palatable to newcomers that the predecessors
Amanda (13) on 11, Oct. 2012 12:07 (HKT)
Fantastic!
Unlike other games in the series, introduces a new concept in gameplay.
fabriciogattis89 (24) on 01, Sep. 2012 03:30 (HKT)
Impressionante
Esse jogo superou e muito minahs expectativas. Recomendo
1 »