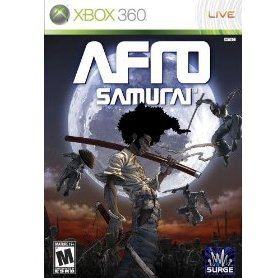 Click on a thumbnail to see more pictures for Afro Samurai

The Battle To Be #1 Begins!Based on the hit animation series, Afro Samurai is a cutting-edge interactive adventure that delivers a new kind of cinematic game experience that’s literally dripping in style.Join “Afro” on an epic hunt for his father killer, as he scends into the timeless mysticism of the Samurai Code.Afro Samurai blends traditional Japanese folklore, funky technology and hip-hop culture, to create a brutally fresh interactive experience. The hit animated TV series comes alive with style so cutting-edge it hurts!

If you are familiar with Afro Samurai, why not let others know?