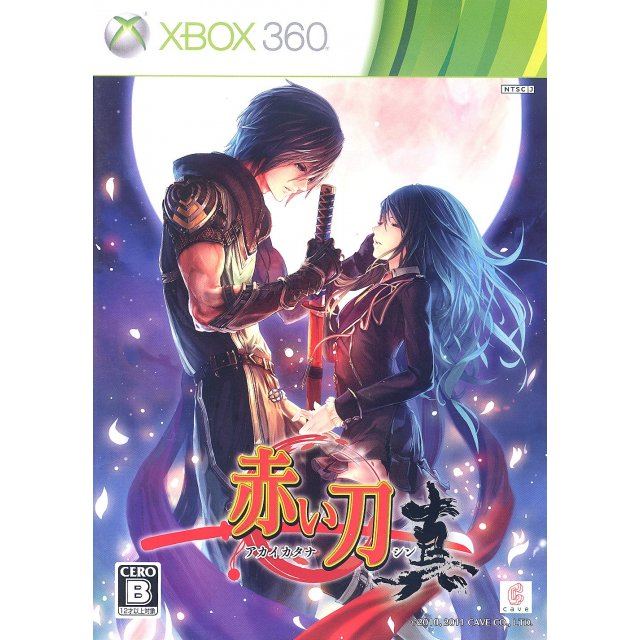 Cave
Rated
By Our Customers
Compatible with Xbox360™ (X360)

sold Out of print / Out of stock.
Manufacturer
Cave
Rated By Our Customers
Compatible With Xbox360™ (X360)
Version

Akai Katana takes place in a parallel world that resembles Japan's Taisho period. Here, people discovered a blood sword that takes human sacrifices to unleash its mass destructive power. The empire uses these swords and sacrificed their people to conquer other countries.

All the bloodshed and power gained through sacrificing close family members made some of the swordsmen change their stances. With new fighter planes and the powered up swords at their disposal, they fought back against the empire.

The Xbox360 has new stages, new characters and a new system. The graphics are adapted to suit a 16:9 screen and everything is even more beautiful and challenging than ever.

If you are familiar with Akai Katana Shin, why not let others know?

So yeah, bad news for most people this game is region locked.... but for those of us who can enjoy it, it is well worth it.

I wish cave would make all their games region free.
bunnygrind (20) on 09, Jul. 2011 15:44 (HKT)
WIN!
This is easily the most beautiful CAVE game out there. The graphics are gorgeous and the artwork itself is just fantastic. There is 3 main modes of gameplay, Shin (360 mode, which I like best) Arcade, and Zetsu (arrange). All 3 modes play differently and have their own score mechanics. There is also 3 different ships which control sort of like each different death smiles character. You have one that moves it's option when you use rapid fire but stays in place when you hit laser, one that has a trailing effect and so on. There is also a ninja mode which is used for scoring and how you go about doing so depends which mode you're playing in. The game features an awesome original and a stellar arranged soundtrack, training modes, leader boards, and all your standard CAVE fair. If you like CAVE, you'll like this.
sooty (17) on 28, Jun. 2011 03:43 (HKT)
Fun Fun Fun
I'm normally much more of a vertical shmup fan yet after loving DeathSmiles so much I wasted no time in ordering this game. Cave have produced the goods yet again. This is a wicked horizontal shmup that has several modes, a ton of scoring opportunities and most important of all, it is a whole lot of fun to play. Probably also a bit easier than most Cave offerings.
1 »