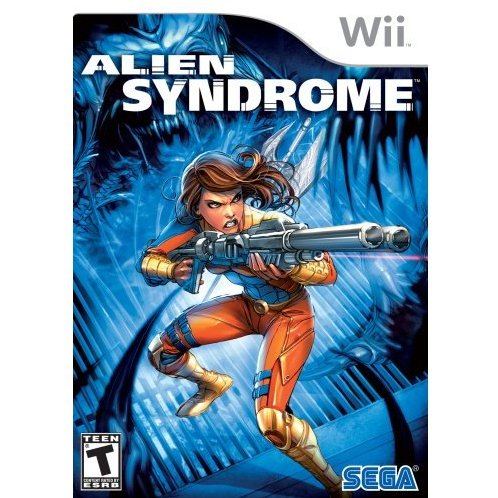 NTSC
1w Expected stock arrival within 1 week
Price
US$20.69
Our previous price:
US$ 24.99
You save:
US$ 4.30( 17% )
Play-Asia.com Return & Refund Policy
Trustpilot
Trustpilot
Click on a thumbnail to see more pictures for Alien Syndrome

Take control of Earth Command Lieutenant, Aileen Harding, as she adventures through intense sci-fi battles against hordes of unique aliens and huge bosses. With an array of special abilities and combat powers, you’ll draw on quick reflexes and skill plus a wide choice of weapons, armor, and items to defeat increasingly formidable opponents.

Transformers: Revenge of the Fallen
US$ 32.99

If you are familiar with Alien Syndrome, why not let others know?

[This review is based on another version of this product]
Xerpent (189) on 16, Aug. 2014 13:11 (HKT)
OK game
This is the remake of the classic Alien Syndrome back then. It's getting more feature, become quite complicated compared to the original. But still fun to play.
75c (419) on 21, May. 2014 18:09 (HKT)
great local coop
great local multiplayer game
nokiadude (299) on 07, Mar. 2011 04:08 (HKT)
nice!
this is good
[This review is based on another version of this product]
x (34) on 31, Oct. 2008 12:53 (HKT)
ALIEN SYNDROME
a bit of a guilty pleasure. a sci-fi setting for what's basically a dungeon-crawler is rare, and creates a mix of arcade-shooting and action roleplaying that's unique and decently-executed. the role-playing elements (character-creation and skills) have minor impact on the actual gameplay, but the range of weapons, armour is pretty impressive. unfortunately, it all boils down to the same strafe-and-shoot gameplay mission through mission. fun, but you'll find yourself wanting to put it down and try something with more variety from time-to-time.