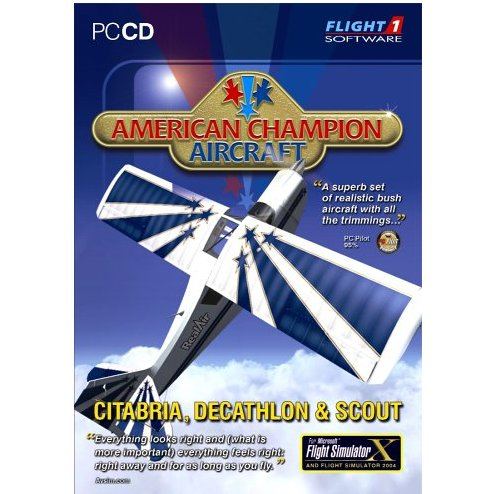 The American Champion Company's aircraft are based on a design that has been in production since the 1940s. Very much the original rugged 'back-country' aircraft, the modern types are as likely to be used for basic training, taildragger conversions or aerobatics. There are even amphibious versions!Developed by RealAir, each aircraft has been designed to fly just like the real thing, with flight models that take you right to the stall buffet or give you the ability to accurately spin and sideslip.Incorporating no less than five different aircraft (each with a different flight model) and a total of over 40 aircraft/livery combinations, together with some lovely scenery in which to practice your water or short field landings, this is a package that will offer endless hours of fun and satisfaction.

No reviews for American Champion Aircraft yet.