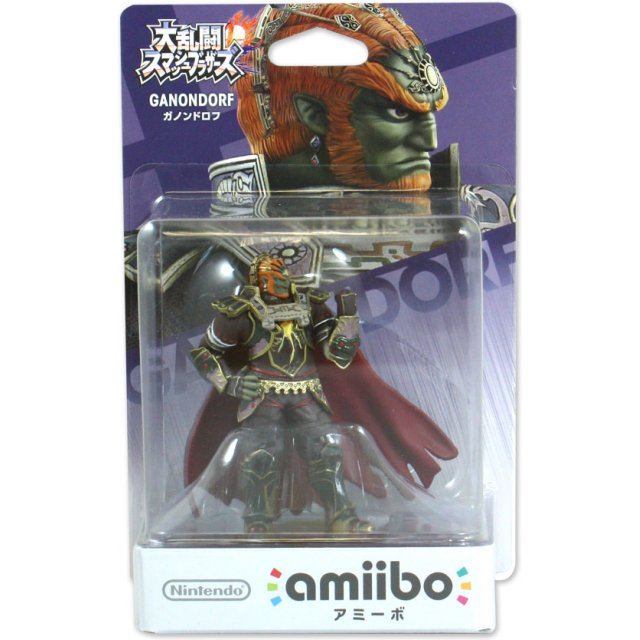 Ganondorf, The King of Evil is Link's arch-nemesis in most games in The Legend of Zelda™ series. As the embodiment of all evil, Ganondorf seeks to take control of Hyrule. He plundered a piece of the sacred Triforce from the Temple of Time when Link pulled the Master Sword from its pedestal. With the Triforce of Power in Ganondorf's possession, Hyrule was plunged into darkness until Link™ and Zelda™ defeated the fiend.

If you are familiar with amiibo Super Smash Bros. Series Figure (Ganondorf) (Re-run), why not let others know?