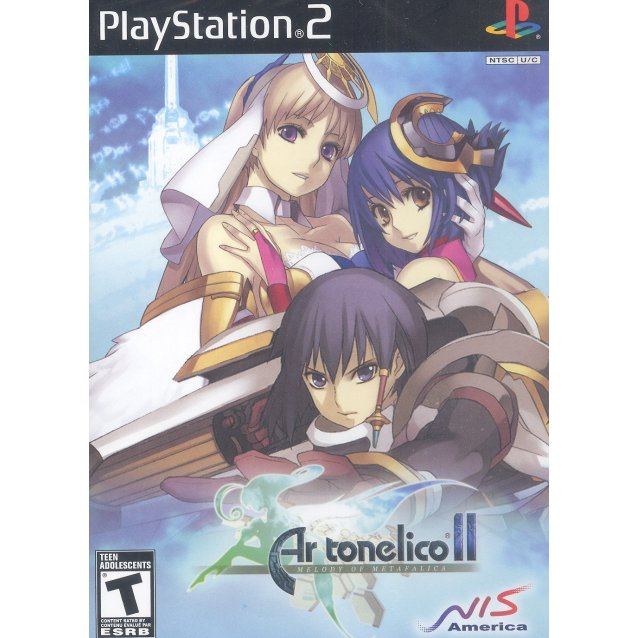 NIS America
Rated
By Our Customers
Compatible with PlayStation 2™ (PS2™)
For US/Canada systems.

Ar tonelico II will take you on a journey to the planet Ar Ciel and a city above the clouds as Croix, a young knight who must rescue a goddess and unravel the secrets of a song to save a civilization from a deadly epidemic.Ar Ciel is an artificial land with infertile soil that cannot even produce enough food for the people. The citizens' only hope is the magical song that would bring greenery to the land, however, the use of such magic is banned by the gods.Under the rule of such gods, people placed hopes and trust on general Alfman who rebelled against the authorities. However, is the new power that is trying to replace the old improving things at all? Or are you the only one who could rescue the land?

If you are familiar with AR Tonelico 2: Melody of MetaFalica, why not let others know?