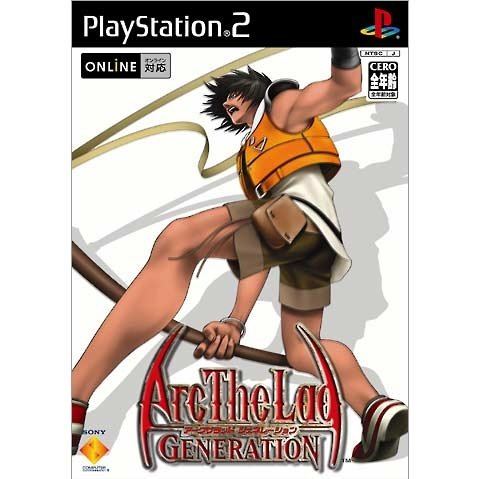 Arc the Lad: Generation is an online RPG, allowing for up to eight players to enjoy the game using four Playstation2 with two controllers per PS2. There are over 130 different areas available to traverse in the game.

Turn-based battling has been dropped in favor of an action-based system. The camera gives an overhead view with it zooming in and out depending on how intense the action is, also switching to other angles for dramatic effect. Pressing the X button once will attack, while pressing X repeatedly will allow for combos. Commands during battle allow for players to guard, dash, or even run around the battle area very quickly.

The battle system seems to rely heavily on magic use. Pressing the R1 button will bring up a list of the magic spells that are associated with each of the four main face buttons. Pressing one of the face buttons while holding the R1 button allows players to cast the magic spell associated to that button. The game does not allow for constant magic attacks as players must wait for the magic meter to recover, which replenishes itself after each casting of a spell automatically.

No reviews for Arc the Lad: Generation yet.