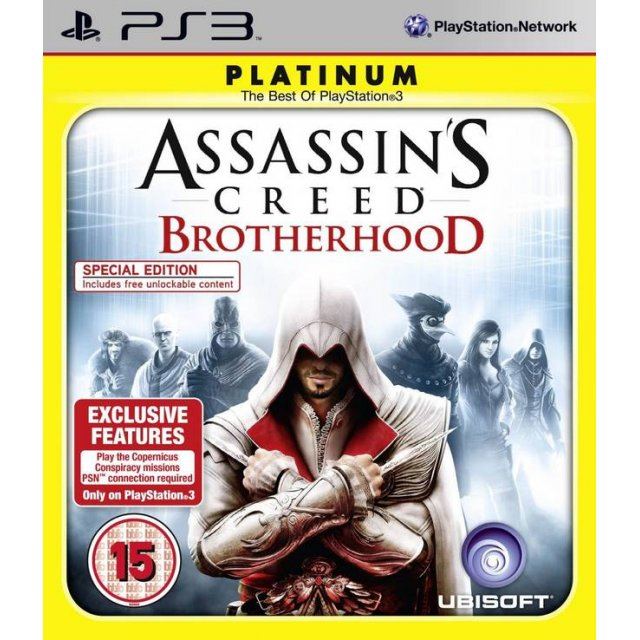 sold Out of print / Out of stock.
Manufacturer
Ubisoft
Compatible With PlayStation 3™ (PS3™)
Version


Click on a thumbnail to see more pictures for Assassin's Creed: Brotherhood (Platinum)

Transformers: Revenge of the Fallen
US$ 29.99

No reviews for Assassin's Creed: Brotherhood (Platinum) yet.