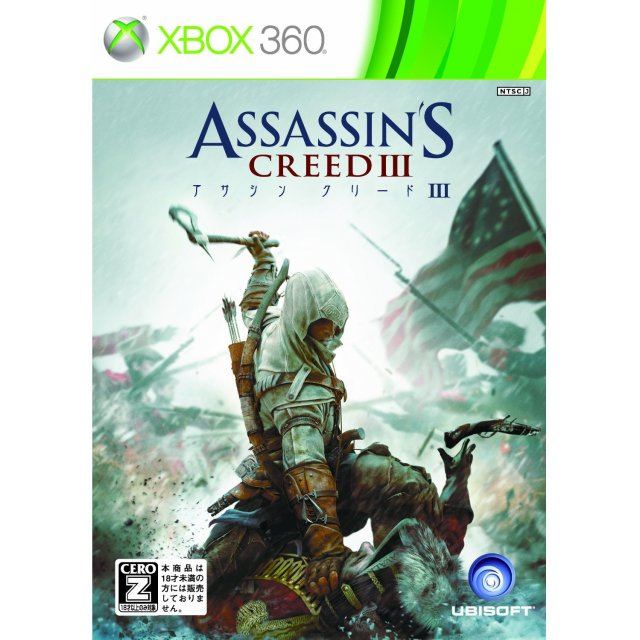 Collections
Ubisoft
Rated
By Our Customers
Compatible with Xbox360™, Xbox One™

NTSC
24h In stock, usually ships within 24hrs. (Only 1 left in stock.)
US$27.99
Limited time offer - Secure yours now before the offer expires!

Manufacturer
Ubisoft
Rated By Our Customers
Compatible With Xbox360™, Xbox One™
Version

Time is moving, the battlefield leaves Europe to the New World. Colonial America is strife ridden. Connor, a half-English and half Mohawk young man takes up the blade to protect his homeland from the advances of the white colonists and their tyranny. And to complicate things, the war between the Assassin's and the Templars continues throughout all this time. In this chaotic period, the modern and the ancient, the scientific and the mystical clash. Is the new hero Connor going to prevent the End of the World in 2012, or will his people perish with him?

If you are familiar with Assassin's Creed III, why not let others know?

I personally love arcade ports done well and this collection brings so much joy. Yeah, they went a bit overboard with SF2 versions. They should have included something else in there instead (why no love for EX series, huh?), but for Alpha and III series alone this collection is totally worth the price.
[This review is based on another version of this product]
Imation (457) on 26, Mar. 2019 08:45 (HKT)
great pack but...
... not includes japanese roms, many street fighter series contains censhorship because are american roms, but is a collection indeed
1 »