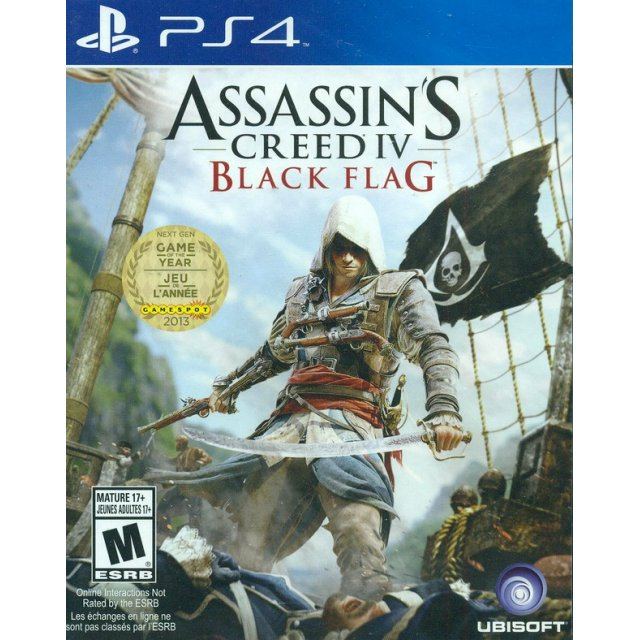 Ubisoft
Rated
By Our Customers
Compatible with PlayStation 4™ (PS4™)

Works on all systems sold worldwide, a correct regional account may be required for online features.
24h In stock, usually ships within 24hrs.
US$20.89
Manufacturer
Ubisoft
Rated By Our Customers
Compatible With PlayStation 4™ (PS4™)
Version

If you are familiar with Assassin's Creed IV: Black Flag (Spanish Cover), why not let others know?

After playing AC3, AC4 seems like a continual improvement of its core mechanics. Gameplay is pretty much solid and what you expect from an AC game. Gfx wise it does not have the all the bells and whistles of next gen, still its not ugly and can hold its own against other cross gen titles.
1 »