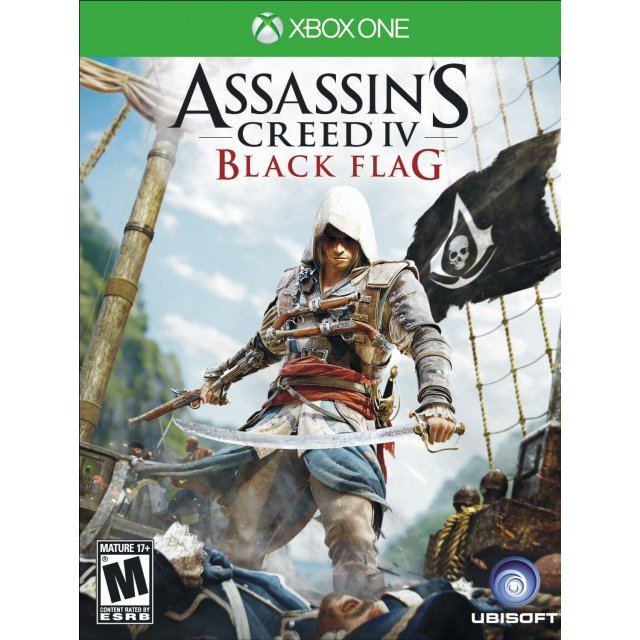 Works on all systems sold worldwide, a correct regional account may be required for online features.
24h In stock, usually ships within 24hrs.
US$29.99
Our previous price:US$ 59.99
You save: US$ 30.00( 50% )
Manufacturer
Ubisoft
Compatible With Xbox One™ (XONE™)
Version

Works on all systems sold worldwide, a correct regional account may be required for online features.
24h In stock, usually ships within 24hrs
Price
US$29.99
Our previous price:
US$ 59.99
You save:
US$ 30.00( 50% )
Play-Asia.com Return & Refund Policy
Click on a thumbnail to see more pictures for Assassin's Creed IV: Black Flag

danilotmartins (7) on 12, Sep. 2014 19:11 (HKT)
excelente
O melhor assassins creed na minha opinião. E a play asia infalível como sempre. Não fui taxado. Obrigado play asia
matt986 (132) on 08, Sep. 2014 20:20 (HKT)
Graphically amazing
Beautiful looking game, if there's something Ubisoft always seem to nail with each AC game, its the graphics, there's a clear improvement over the last gen editions and the gameplay is good too. Wherever you buy on the PS4 or the Xbox One it makes no difference, you'll end up with a very awesome looking game that is like eye candy on a big screen.
lancergki (38) on 24, Jun. 2014 09:23 (HKT)
Good ac game
If you played all the other AC games you will realize that the storyline is short,have less character involved...the good part is that the graphics have improved the gameplay as well,and ,multiplayer is pretty good too.
Like action?like adventure?go and get it with this one!