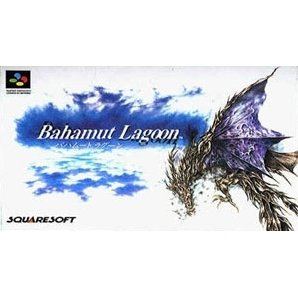 A good strategy RPG from Square that never made it to the States. You take the role of Byuu, a knight in the Kahna Dragon Squad. Your team is going against a corrupt (aren't they all?) empire under the control of the evil Granbelos. As with most other Square games, Bahamut Lagoon starts with a simple good vs. evil premise such as this and then expands it with twists, turns, and a variety of characters. Battle is typical strategy fare, with two interesting expections: One, each player is partnered with a computer-controlled dragon, which will attack on its own and can be fed outside of battle to increase its strength and mutate it into a bigger, better beast. Two, terrain plays a role in combat, as ice spells can freeze over rivers to allow crossing, lightning spells can destroy certain terrain, and so on. On a side note, I think this is the most transparency-heavy game I've ever seen. Nearly every screen is shrouded in fog or haze or a rainbow effect or something. And people say Square only started going heavy on graphics in the PSX era.

If you are familiar with Bahamut Lagoon, why not let others know?