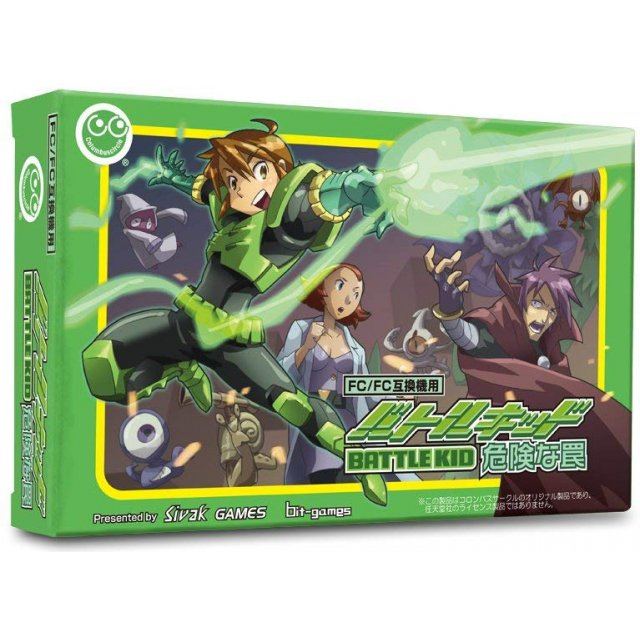 Inspired from the indie game "I Wanna be the Guy" and other classic platformers, the game follows the style dubbed Metroidvania in that you do not have stages, but rather one large area to freely explore. You always die in one hit, but there are unlimited continues in the normal difficulty as well as a password system to resume where you last left off.

In total, there are over 550 rooms, 8 bosses, and over 30 different types of enemies. You will also obtain items along the way that grant you new abilities such as higher jumping or slower falling in order to travel to new areas of the fortress.

If you are familiar with Battle Kid: Dangerous Trap, why not let others know?

danieldepaula.medeiros (10) on 14, Nov. 2018 09:44 (HKT)
Fantastic game!!!
This game is very cool, the version released in Japan for Nintendo Famicom was modified in relation to the American version, new content was added, there was reduction of the original difficulty of the game and there is the possibility to select the Japanese or English language. Despite the differences, "Battle Kid: Dangerous Trap" still retains the challenge and fun present in the American versions of the game. I highly recommend buying the game!