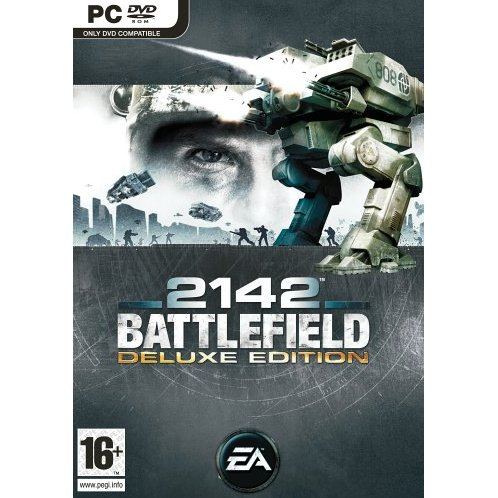 Award winning Battlefield 2142 Deluxe Edition also includes another action-packed EA game - Northern Strike.Battlefield 2142 - In 2006 a climatic catastrophe triggered a new ice age on earth. A hundred years later, everyone gave up on finding a solution to the problem and two superpowers were formed: Europe and on the other side the Pan Asian Coalition - causing an arms race. Now it's 2142 and the war for the few resources left has already been going on for a few years, with no end in sight.Armed with a devastating arsenal of hi-tech weaponry, including assault rifles, cloaking devices and sentry guns, players will also take control of the most lethal vehicles known to man. Massive battle Walkers wage fierce combat on the ground, while futuristic aircraft rule the skies. When taking on this futuristic armor players will need to use their wits and an arsenal of new hi-tech countermeasures like EMP grenades and smart mines to level the playing field. Epic online gameplay for up to 64 players drops gamers on the front lines as part of a formal squad, or behind the scenes in Commander Mode to direct the strategic assaults of their team-mates.

Captain Morgane and the Golden Turtle (DVD-ROM)
US$ 7.99

No reviews for Battlefield 2142: Deluxe Edition (DVD-ROM) yet.