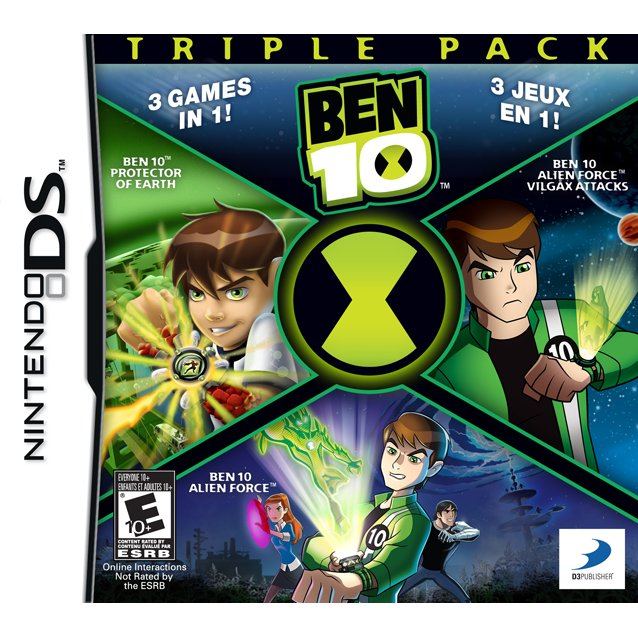 Works on all systems sold worldwide, a correct regional account may be required for online features.
24h In stock, usually ships within 24hrs. (Only 1 left in stock.)
US$40.99
Limited time offer - Secure yours now before the offer expires!

Ben 10: Protector of EarthAn inter-dimensional crisis threatens to swallow the Earth into limitless darkness and Ben Tennyson suddenly finds that his alien powers have been stolen! As Ben and his family set out to recapture the source of his amazing abilities, they encounter armies of otherworldly minions and uncover a plot to suck the Earth into the Null void. Now you can join the Tennysons on an adventure across the U.S. to recover the lost pieces ofthe Omnitrix while battling villains from the show, including Kevin 11, Dr. Animo and more. In this time of chaos, it’s up to you to find some answers and save the Earth from ultimate destruction!Ben 10: Alien ForceIt’s been five years after Ben put away the DNA-scrambling Omnitrix, but now Grandpa Max has gone missing and the planet Earth is in danger. Become the hero and transform into eight different playable characters—including cousin Gwen, enemy-turned-ally Kevin and five of Ben’s brand new alien forms to utilize their all-new super powers and defeat the intergalactic HighBreed invaders!Ben 10 Alien Force: Vilgax AttacksPlayers will experience an action packed adventure in the vast ALIEN FORCE universe, as they take Ben and the Omnitrix into outer space and alien home planets for the first time ever in the series. In an original storyline developed exclusively for the game, Ben will use ten of his alien forms – Echo Echo, Goop, Brainstorm, Chromastone, Big Chill, Humungousaur, Spidermonkey, Swampfire, Jet Ray, and Cannonbolt – and their special powers to battle his greatest enemy, Vilgax and an extreme team of fearsome foes in an effort to thwart a grand scheme to conquer the universe one planet at a time.

If you are familiar with Ben 10 Triple Pack, why not let others know?