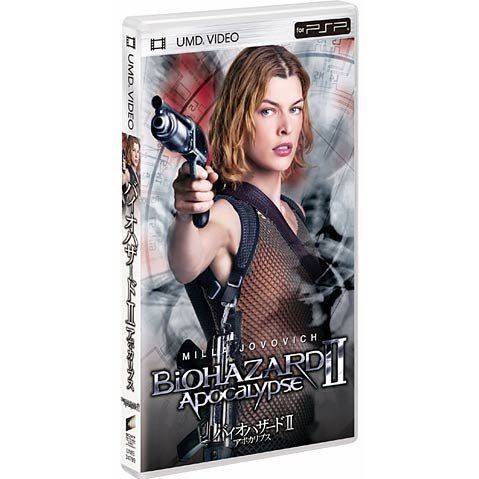 1-2w Expected stock arrival within 1-2 weeks.
US$37.90
Please take note that, once purchased, this item must be paid immediately and cannot be cancelled or returned.
Manufacturer
Sony Music
Compatible With Sony PSP™ (PSP™)
Version

The sequel to the $100 million hit, Resident Evil: Apocalypse is again based on the wildly popular video game series and picks up where the first film ended. The zombies are back and so is Alice (Jovovich). Since being captured by the notorious Umbrella Corporation, she has been subjected to biogenetic experimentation and has become genetically altered with super-human strengths, senses and dexterity. Now, she has teamed with other survivors of Earth ready to destroy any zombie in their path. After escaping from the Racoon City Medical Facility, Alice searches for answers to the T-Virus and how to contain it. On the other side of town, a woman named Jill Valentine plots her own escape while battling the undead and Matt Adison, now transformed into a monster called "The Nemesis", who is bent on destroying all who live.

If you are familiar with BioHazard II Apocalypse, why not let others know?

John Guerrati on 02, Jun. 2005 03:41 (HKT)
Biohazard 2 Apocalypse A.k.A. Resident Evil Apocalypse.
I won\'t bore you with a review of the film, my review concerns the actual PSP UMD itself. Image quality is very sharp, colour is slightly muted but realistic, which is the way I prefer (there\'s nothing worse then glowing,bright orange faces!) No noticeable motion artifacts even on fast moving images,sound is very clear & full (Don\'t worry about this being a Japanese UMD, by pressing the triangle button on the PSP you can select English soundtrack option without subtitles so watching the movie you\'ll never know it\'s a Japanese UMD) In a word a cracking UMD! and cheaper here than on E Bay!