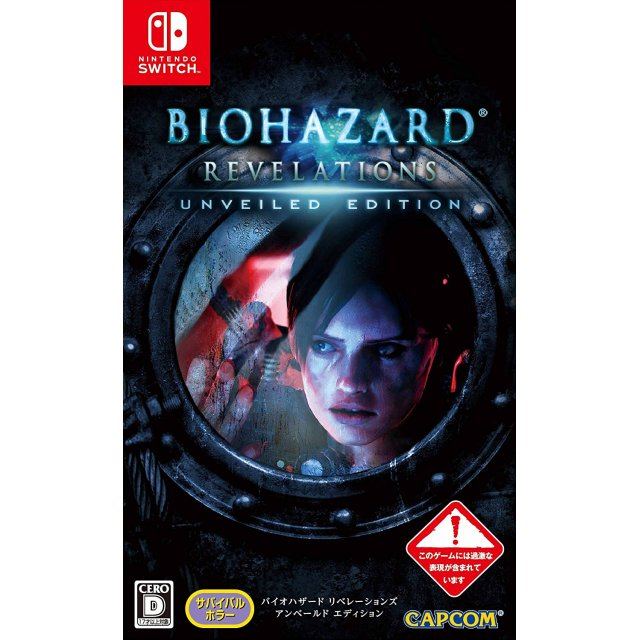 Works on all systems sold worldwide, a correct regional account may be required for online features.
24h In stock, usually ships within 24hrs.
US$29.99
Our previous price:US$ 34.99
You save: US$ 5.00( 14% )
Manufacturer
Capcom
Rated By Our Customers
24h In stock, usually ships within 24hrs
Price
US$29.99
Our previous price:
US$ 34.99
You save:
US$ 5.00( 14% )
Play-Asia.com Return & Refund Policy
Trustpilot
Trustpilot
Click on a thumbnail to see more pictures for BioHazard Revelations Unveiled Edition

Taste the horror, when Biohazard is unveiled, every creature becomes more gruesome, you can feel the slime on their skin and see the gleam on their fangs. Besides turning every screen into HD, the developers added new scenarios and enemies into the campaign. The zombies aren't only horrifying to look at, they force gamers into a situations where they have to make impossible choices. To pace the action at an even more break-neck speed, the the developers powered up the Raid Mode. There are more weapons for gamers to wield, more custom parts to pick up. When the enemies become too difficult, the gamer can hook up to the network mode to ask other gamers for help.

If you are familiar with BioHazard Revelations Unveiled Edition, why not let others know?