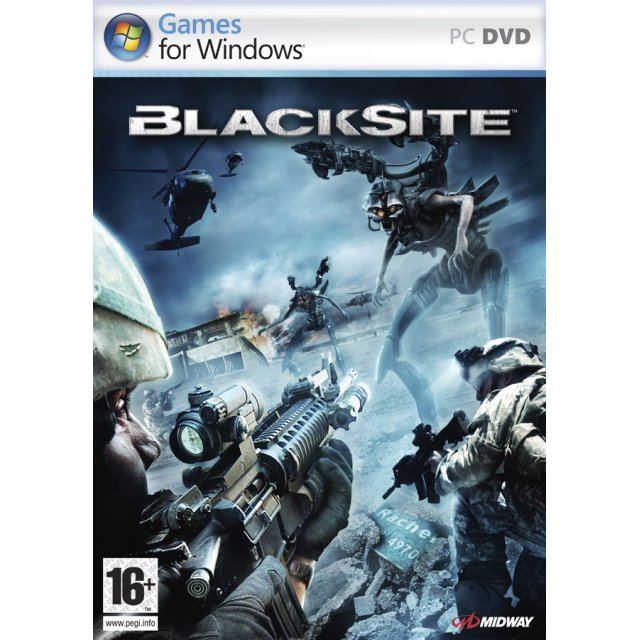 Midway
Rated
By Our Customers
Compatible with Windows™ (PC)

sold Out of print / Out of stock.
Manufacturer
Midway
Rated By Our Customers
Compatible With Windows™ (PC)
Version

BlackSite: Area 51, developed by Midway Studios Austin, is a next-generation game that will redefine the first person shooter (FPS) genre. While other FPS titles claim to feature "action-packed, highly realistic gameplay," BlackSite: Area 51 takes next-gen gaming to an all-new level integrating cutting edge technology, game design and story writing to create the ultimate entertainment experience. The player's modern-day emotions and fears are driven into a world charged with grave responsibility affecting lives hanging in the balance and eventually finding himself torn between his professional orders and his own ethical standards. In the end, only the actions of the player and his squad can shape the outcome of BlackSite: Area 51 during this potentially pivotal moment in history.

If you are familiar with BlackSite (DVD-ROM), why not let others know?

Worth it to buy!
[This review is based on another version of this product]
axle (8) on 11, Aug. 2010 22:23 (HKT)
worth for buy and play
[This review is based on another version of this product]
leonardo (24) on 05, Aug. 2010 17:01 (HKT)
best game
excelent shooter
[This review is based on another version of this product]
agang1982 (47) on 05, Nov. 2009 12:56 (HKT)
Good
the game is so fun but short but i think that you will have a great time playing i don't even see why this game so much bad rating it should have got more then it really did the rating were bad because the game play was short but fun the graphics were great the game has some realistic stuff and some not realistic stuff like when your in the rain the drops will bounce off your gun and that's real but in one part they made a general walk a robot . the driving controlling r like halo . the game is not just about shooting aliens first level you shoot soldiers then you shoot mutated humans and animals then later you shoot aliens and mutated stuff the game is about area 51 is a base hidden the hills you don't find any aliens testing there it looks like a military base then there was secret place that Rome and area 51 have testing humans that worked perfectly until it got out of hand so the government decided to close it down but the mutants got free so they started war somehow aliens come by and you and a elite squad has to go bye and kill them i would rate 10 but online wont work unless router into a curtain code but buy the game and enjoy
1 »