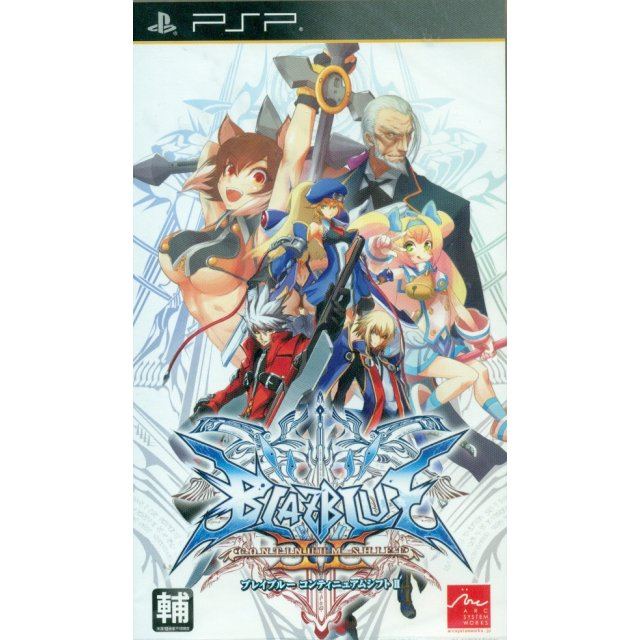 Be ready for the blaze. BlazBlue: Continuum Shift II comes in Spring 2011 with new characters in the roster, brand new scenarios and ultra challenging stages. Characters exclusive to the PlayStation3 and Xbox360 download contents become fully playable characters, if you have not been able to meet them or unlock their skill sets on your home console, you can now spend your bus or train rides getting to know them.

The fan favorite story mode is back with more story elements written by the producer Mori Toshimichi and the Legion mode gets a powered up. The new Abyss mode will make use of the full capabilities of your handheld console, so be sure to check it out as well.

Suzumiya Haruhi-Chan no Mahjong
US$ 42.99

If you are familiar with BlazBlue: Continuum Shift II, why not let others know?

[This review is based on another version of this product]
AltaValdes (6) on 08, Jan. 2016 14:22 (HKT)
No title
Fantastic game, fantastic packaging and great, great game.

Lovely
[This review is based on another version of this product]
kasididkrai (11) on 19, Feb. 2013 14:06 (HKT)
No title
I expected more of this game, but the overall is acceptable. This game show better gameplay on 3DSLL rather than smaller 3DS.
[This review is based on another version of this product]
gogettossj5 (1) on 29, Jan. 2013 18:42 (HKT)
When the first BlazBlue was released, I was amazed by how good it was. Deep story, loveable characters and amazing soundtrack. The only complaints I had with the first BB for PSP was that the graphics compared to versions for bigger consoles was somewhat lacking and the characters were not balanced (Ragna was too overpowered and Carl for example was weak).
Still it made me a fan of the series, so I just had to buy the sequel. And it is even more epic than the first game.
They fixed the graphics, balanced all characters, added new ones (Makoto is the best of them) and included new songs and game modes. "Continuum Shift II" quickly became one of my favourite games for PSP, just like "Super Robot Taisen Z2". If you still didn't play "BlazBlue Continuum Shift II" you should do it as soon as possible! Especially if you are a fan of fighting games. You surely won't be dessapointed!
[This review is based on another version of this product]
ale_97_3 (1) on 07, Feb. 2012 11:02 (HKT)
Great!! :D
[This review is based on another version of this product]
luke858585 (9) on 28, Nov. 2011 07:40 (HKT)
Awesome Game
You won't be disappointed in this game one bit! Great port of the Arcade version with added extras to keep the replay factor going.
1 »