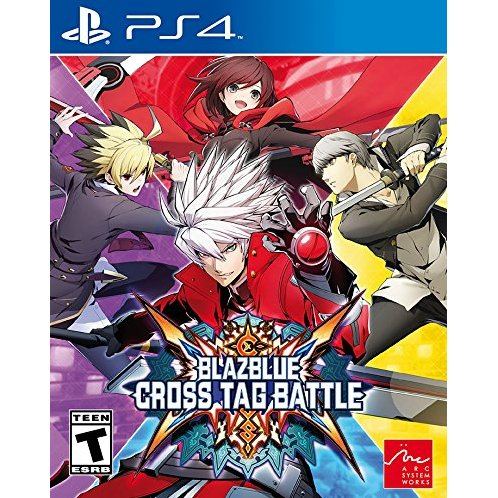 Works on all systems sold worldwide, a correct regional account may be required for online features.
1-5d Expected stock arrival within 1-5 days.
US$21.99
Our previous price:US$ 49.99
You save: US$ 28.00( 56% )
Manufacturer
Arc System Works
Compatible With PlayStation 4™ (PS4™)
Version

Works on all systems sold worldwide, a correct regional account may be required for online features.
1-5d Expected stock arrival within 1-5 days
Price
US$21.99
Our previous price:
US$ 49.99
You save:
US$ 28.00( 56% )
Play-Asia.com Return & Refund Policy
Trustpilot
Trustpilot

If you are familiar with BlazBlue: Cross Tag Battle, why not let others know?

Alpharougewarx (1) on 21, Feb. 2020 19:53 (HKT)
Great game,one helluva crossover.
This game is way to fun and exciting. The characters are lovable, and fun. The story I cant talk that much about because I have mostly been in the lab(training mode) practicing with my fav team ragna and Blake I highly recommend this game to anyone who loves blazblu, senran kagura,persona,and Rwbuy(if I spelled that correctly).