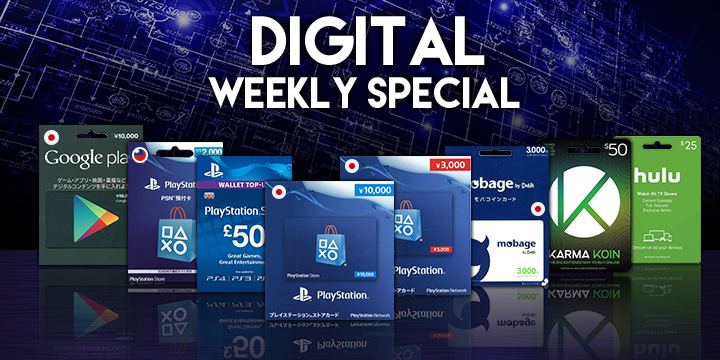 After a relaxing weekend, a new, exciting Digital Weekly Special has been prepared. This means that a great selection of instant digital codes is available for an unbeatable price. Use them to grab all the best games, and movies on your console or device!

Taste the horror on an abandoned cruise ship in the Mediterranean with the new Biohazard Revelations Unveiled Edition. Far from being empty, the ship hides danger around every corner, prepare to explore this confined space – a paradise for claustrophobic people -, and facing menacing horrors that emerge from the darkness.

Make new acquaintance with the odds that inhabit the ship, you can feel the slime on their skin and see the gleam on their fangs. Anyway, we would like to warn that they could become very hostile, so if you don’t have enough ammo, RUN!!!

The crowd roars because the teams, the players, and the halftime shows are ready for the ultimate football season! Blood Bowl 2: Legendary Edition, the hottest sport in the Warhammer Universe is got underway.
Choose between the 24 races, and experience new game modes such as the new Eternal League, or the Challenge mode. In addition, for the first time, you can build your personal team mixing different races to use their own skills to your advantage.

For the first time in the history of Blood Bowl, spice up your matches with teams made up of a combination of different races to lead them to the victory playing in the bloodiest arenas of the whole Warhammer universe. Originally created by Jervis Johnson and Games Workshop in 1987, the board game has been one of the most popular board games in the 80s and the 90s.

With new plays, modes, and features, Blood Bowl 2: Legendary Edition is the ultimate, and most authentic installment in the series yet!