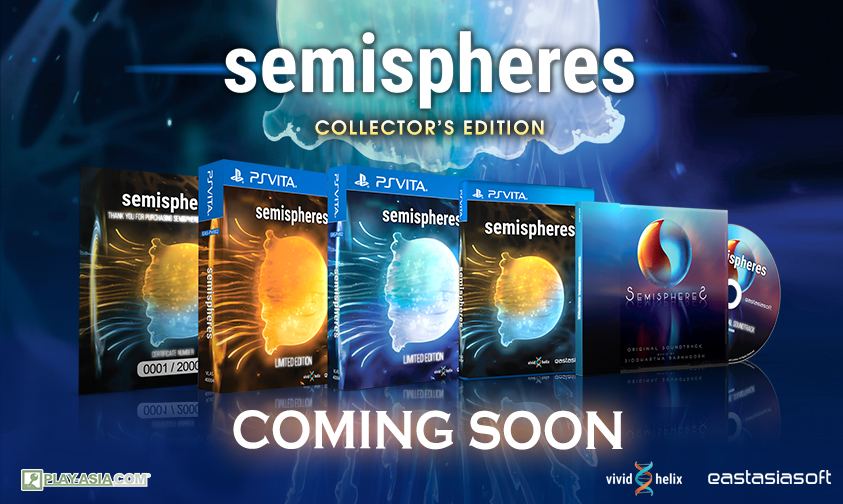 Semispheres is a meditative parallel puzzle game that places dual realities at the heart of its challenge. Its unique single-player split-screen mechanic challenges your brain by putting you in control of two characters at the same time. Your left and right side must work together to unfold the mystery by solving clever puzzles in an entrancing ambiance. Using portals and other abilities to avoid sentries, devise and execute your plan, reuniting the parallel worlds of Semispheres.

Pre-order via Play-Asia.com between 25th September – 9th October 2017 to enjoy a special price at US$24.99 (originally priced at US$29.99). The Semispheres Collector’s Edition (PlayStation Vita™) will be released and expected to ship on 10th October 2017.

We hope you will be pleased with our No.10 exclusive game. We look forward to receiving your feedback and response via social, or emails to our CS! Our Facebook Event link is here in case you would like to interact with our team directly!