Tokyo Game Show 2017: Get Excited! What to Expect? Learn More! 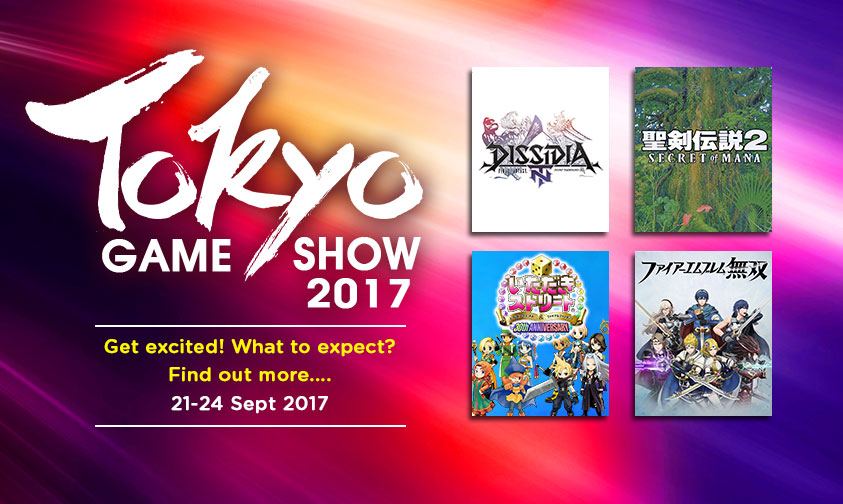 The preview of things yet to come starts here.

There are noteworthy global events that will always gather worldwide attention.  The Tokyo Game Show never fails to take a bunch. After all, TGS caters to game fans and industry people all around the world. Plus, it has proven to be the biggest game show outside of the USA.

Last year, Tokyo Game Show welcomed 345 exhibitors from 36 countries and region. It’s something worthy to note that TGS 2016 has more exhibitors from overseas compared with the domestic ones. The first two days of the TGS are usually open for media and industry while the remaining two days are for the general public.  And these two days usually amass a big crowd.

The success of the game show is rooted in the huge resources that game publishers have been putting on their booths. And this year is quite an exciting year as gamers will see major console companies and game publishers flocking in the TGS like Konami, Bandai Namco, Square Enix, Capcom, Sega, Nintendo, and Sony. In addition, spectators can also expect a strong presence from the mobile gaming as well as indie publishers.

Just a piece of advice, though, if you’re not into seeing yourself in the long queues for hours, then there are alternative entertainment options that you can indulge yourself into. One of which would be checking out the cosplayers as TGS is also the biggest gathering of the likes. Moreover, it is also a good idea for you to spend your time in the dedicated area for families with small children.

Last year, the heat and interest in virtual reality have reinvigorated the show. This year, there are quite a few things that attendees will quite be excited about. This includes an E-Sport Competition with PlayStation and Nintendo Switch which will be held on separate stages. Also, TGS 2017 expects 250,000 spectators that will have a glimpse of the new game releases that game publishers have to offer.

For the most part, major game players in the industry have already announced their lineup for TGS. But let us look into a sneak peak of game titles that will be released and will definitely make a mark in this year’s TSG.

Make your Valentine’s Day merrier with a treat from Square Enix. Be the first to get a hold of the remade version of the Secret of Mana 2 just right in time for its 25th Anniversary. This well-loved RPG will be released on February 15, 2018. 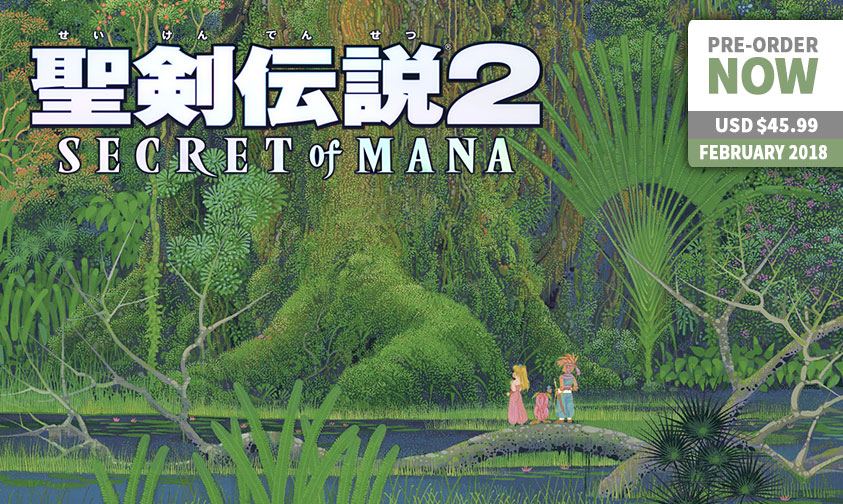 Secret of Mana 2 was originally released as Seiken Densetsu 2 in Japan in August 1993. It was first played on Super Famicom (SNES).

Fans can expect an upgraded gameplay, new musical arrangements, and a full remake with full voice according to Famitsu.


The game veers away from the traditional turn-based battle system of the games such as Dragon Quest and Final Fantasy. Instead, it makes use of real-time battles that is quite reminiscent of the Legend of Zelda series’ games. The only difference though would be the stamina bar mechanic, co-op multiplayer, a unique “ring menu” system, as well as the statistical-based elements found in RPG genre.

If you’re quite excited and preempt yourself with the multiplayer action RPG on its original release, then you can get yourself first with the Secret Of Mana which is part of SNES Classic Mini’s collections of games. Check out our review here.

What makes the Secret of Mana a hit for the younger generation is the fact that it’s remastered with a 3D graphic. Thus, it closed the deal on the game being Square Enix’s action-RPG hit. 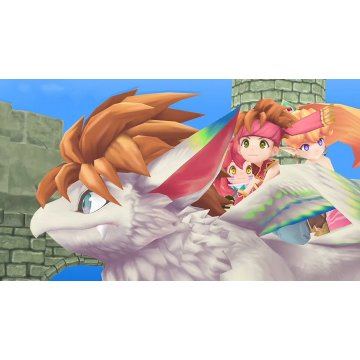 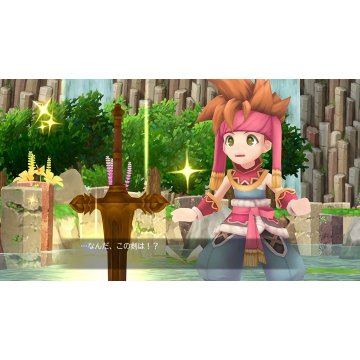 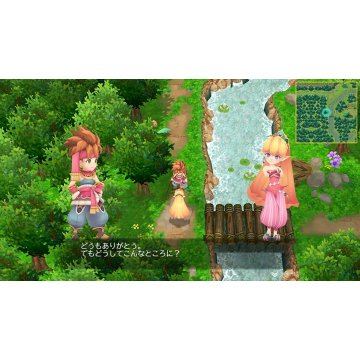 We have weighed the pros and cons of you getting your own Nintendo Switch through our “10 Things To Consider Before You Buy A Nintendo Switch.” And we have a unanimous vote of saying yes to it. Well, after all, it has plenty of things to offer like the cool games that you can play on it. Part of the said list is Fire Emblem Musou for Nintendo Switch. 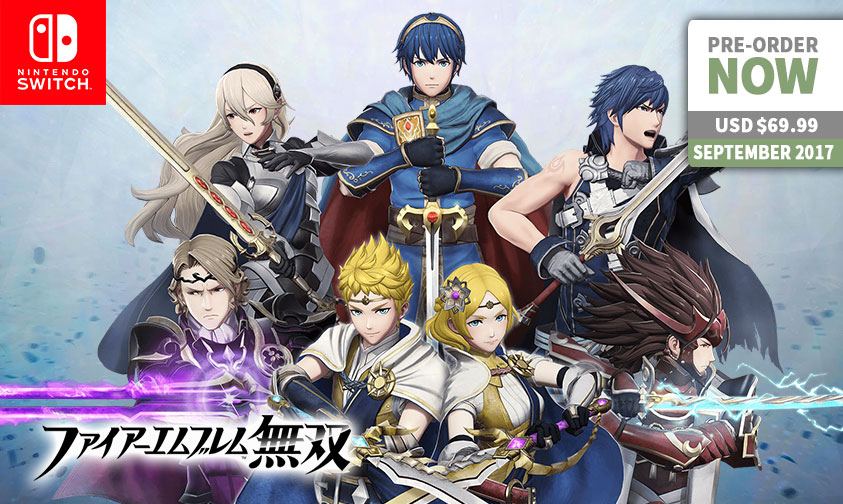 Fire Emblem Musuo features a merging of heroes across Fire Emblem. You will be able to clash with legions of soldiers and fierce monsters by taking the role of Corrin, Xander, Marth, as well as other Fire Emblem heroes by using over-the-top-powerful Dynasty Warriors-style moves. In addition, you can take direct control of the known and the original characters of Fire Emblem, give them a strategic command even in a height of a battle, and so on. You can also unlock new playable heroes boasting their own unique moves, weapon types, special attacks, and voiced dialogues.

The Fire Emblem series has been known to feature iconic characters in a battle in fantastical worlds. But the charm of the game will be shed in a new light as Fire Emblem Musou offers a sword-slashing adventure with a new style that is quite unexpected.

Apparently, Fire Emblem Musuo is sticking to the Dynasty Warriors formula but with some of the fun of the Fire Emblem twists. It vibrant graphics, as well as its addictive gameplay, will make it as one of the anticipated games for Nintendo Switch this 2017. 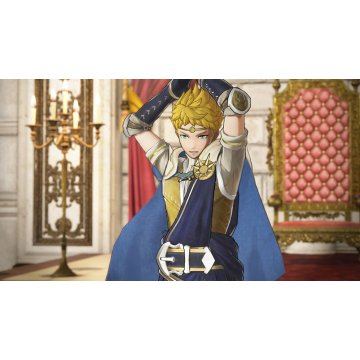 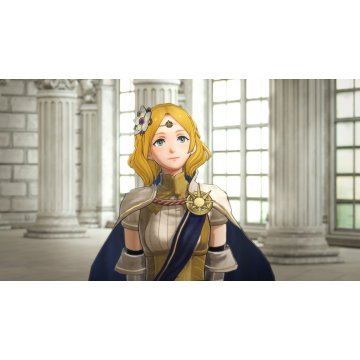 Square Enix has quite a few surprises to their avid fans this Tokyo Game Show 2017. Another game that they are yet to release this October 2017 will be the Itadaki Street Dragon Quest & Final Fantasy 30th Anniversary. This board game is the fourth installment of the Final Fantasy and Dragon Quest crossover series. It was announced before that the game is part of the 30th anniversaries of the said franchises. 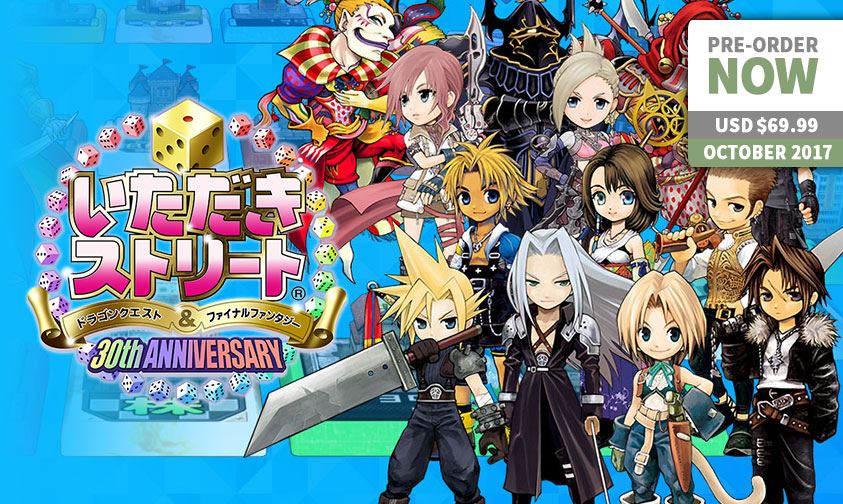 One of the highlights of Itadaki Street Dragon Quest & Final Fantasy 30th Anniversary features “Museum” which allows the players to revisit the famous scenes.

Square Enix has announced that Nelgel andAnlucia from Dragon Quest X will be included in the game as playable characters. Some of the characters that gamers will see are Yuna, Terry, Kefka, Kiryl, and many more.

The game includes a map, characters, as well as moments that can be found in the two game franchises. The game pretty much works like a board game wherein the players roll a dice and move around the board accordingly. More so, the player will have the chance of earning money for them to buy shops and get rich.

Players will be able to move around the map and collect symbols. These symbols can be encashed at the bank for your players to level up. In addition, it can allow you to buy shops as well as stocks. And once you own shops, then other players can visit your shop and they will pay you money accordingly. 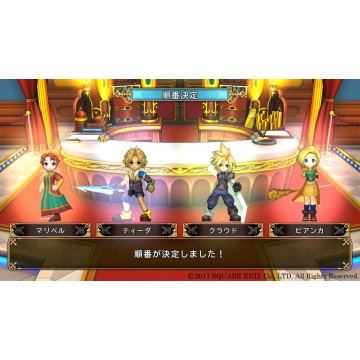 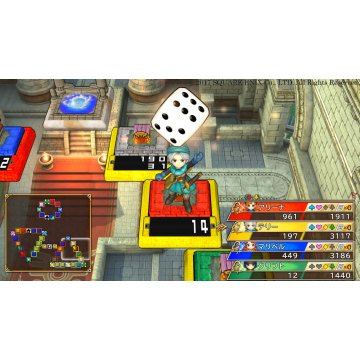 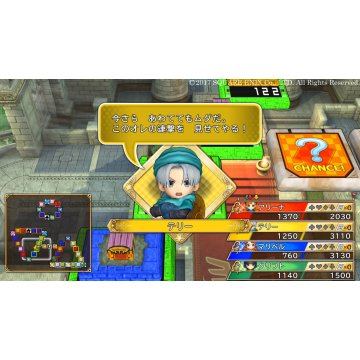 If you are a Final Fantasy fan, then there will be something so magical and surreal seeing the world collide in Dissidia Final Fantasy NT. And you are in for a great treat as the waiting is already reduced with its appearance in the Tokyo Game Show and on its release in January 2018.

There are quite a few things that you will definitely expect when it comes to the Dissidia Final Fantasy NT. Apart from the HD versions of the characters and their apparent mashups. One will definitely be in awe of the incredibly robust fighting game which makes use of many smart pieces fro the last Final Fantasy games.

Dissidia Final Fantasy NT also makes use more like an RPG than a fighting game. This is evident when it comes to the four classes that the characters will be categorized in. The “Assasin” uses attacks and darts away, the “Vanguard” goes for close-up melee combat, while the “Marksman” has ranged attacks. On the other hand, we also have the fourth category for characters, the “Specialist.” These are characters who are drawn from the past Final Fantasy games. One example of the characters is Onion Knight from Final Fantasy III. He can swap between various jobs with different move sets just as he could in his original game.

What makes the game more exciting is the fact that battles are played on three-on-three and one team wins when it has three KOs. In addition, it will also showcase a story that will unfold via cutscenes in between matches. 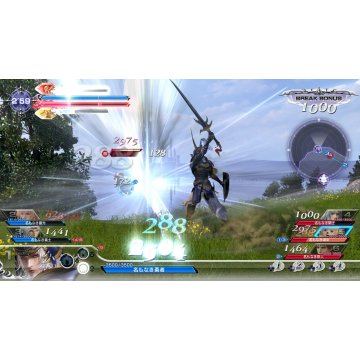 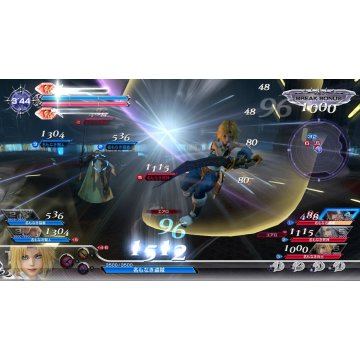 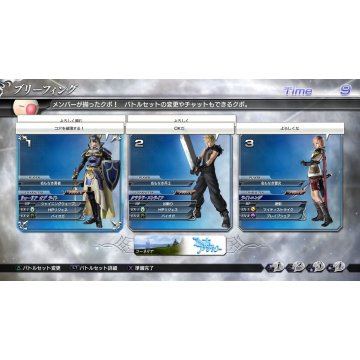 This year’s Tokyo Game Show will definitely bring so much more to table for excited gamers who will attend the sought-after event. For the meantime, here are some of the games that you will expect and their respective teasers why as early as now will move you to get pre-order them. Let yourself experience the thrill of being part of one of the biggest gaming expos in the world. See you at Tokyo Game Show 2017!