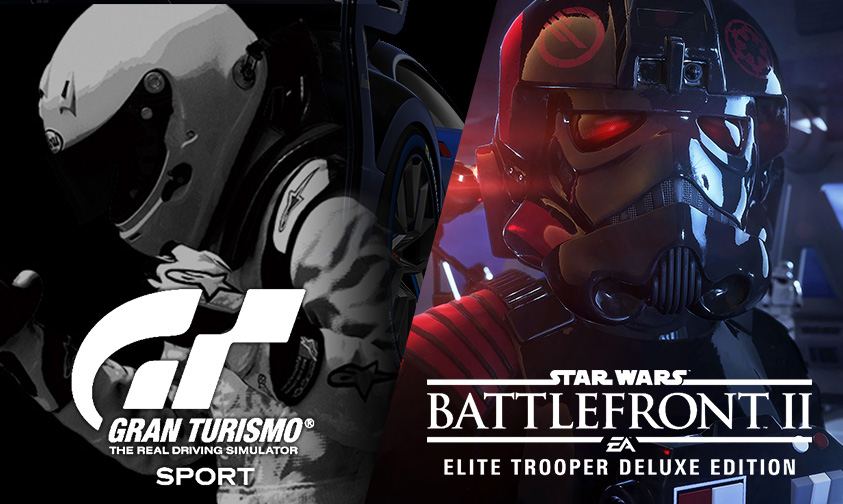 Hi, Gamers ready your schedule for the weekend yet? Star Wars: Battlefront II multiplayer Beta will start on 6th October 2017at 8:00 AM UTC and closes Oct 9 at 4:00 PM UTC. As official web, there are Galactic Assault, eight vs eight Strike missions and Star Fighter multiplay mode will available at the same time. Moreover, all beta tester will receive “Founder’s Crate” after the game released, including credits, an exclusive emote for Darth Maul, and a rare trooper Star Card, which helps players start the game. Let’s watch the trailer see how EA improve it.

After the weekend on 9th October, Gran Turismo Sport beta will public for testing the multiplay server and matching system. Good news is most of the content will include during beta, such as Sport Mode, Campaign Mode, Arcade Mode etc.all the data will be saved, which can continue while the game official release, that will be included In-game credits, mileage points, cars acquired and some of the online contents such as photos and lively set. After the good news, here the bad news for racing sim fans, Polyphony Digital reveal the full CAR LIST on 5 October and only 163 cars able to play on 17 October during the game. Hope all model designer effort really paid for that amount lost in quantity.