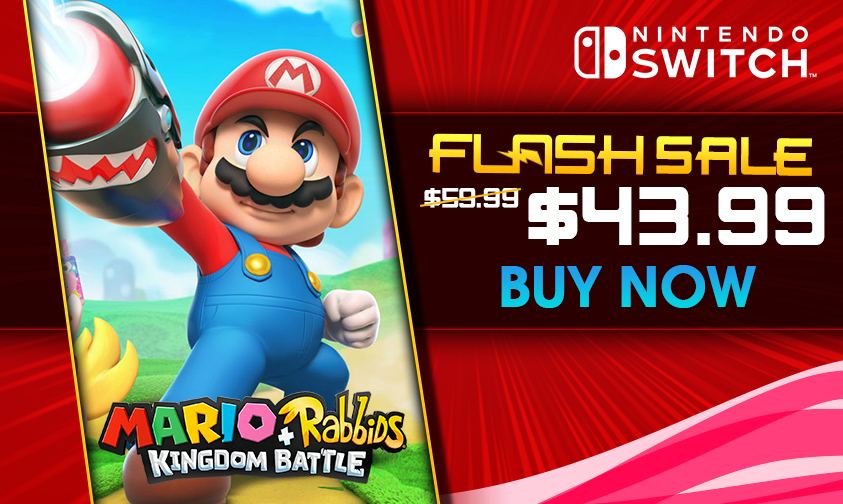 Mamma Mia! It’s time for FLASH SALE! For a limited time only, Mario + Rabbids: Kingdom Battle will be on sale for $43.99! This special price will only be available up until October 20th!!

If you’re unfamiliar with Mario + Rabbid: Kingdom Battle, here’s a rundown. Firstly, YES those are the Rabbit from the Rayman series, and this is probably one of the most unexpected and bizarre video game Mario crossovers since that time he played basketball with Cactars and Moogles. If that wasn’t enough, the gameplay is very reminiscent of XCOM of all things. Basically, the Rabbids show up then high jinks and turn-based tactical gameplay ensues.

Despite the oddity of this mash-up, it’s received a lot of positive reviews for its surprisingly challenging gameplay, even from veterans of the XCOM series.

Now’s the time to pick up a copy if you’ve been on the fence about getting this series or simply haven’t gotten around to getting it! This LIMITED TIME sale will run until Oct 20th, 2017 and ends at 11 AM Hong Kong time.