Along with the release date announcement, several editions will be available.

Check out the available editions below. 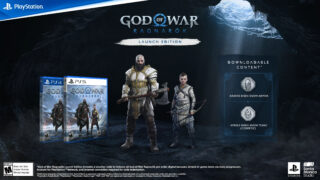 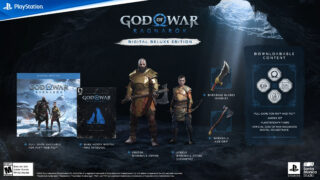 Check out also the unboxing video of Collector’s and Jotnar Editions below.

Here’s the game description below from Sony.

The freezing winds of Fimbul winter have come to Midgard, making survival for Kratos, Atreus, and Mimir in the Norse wilds even more challenging than before.

While the last game built an enormous amount of trust and understanding between father and son, there is still a great deal of complexity in their interactions – especially after the revelation of Atreus’ Giant heritage and the hidden prophecy only Kratos saw.

Kratos, still bearing the knowledge of his past mistakes, wants to spare Atreus the bloody lessons he learned from his conflict with the gods. He wants to keep his son safe, above all, and their confrontation with Baldur has vindicated the belief that only tragedy will come from further entanglements with the Aesir.

Together, Kratos and Atreus will have to make a choice about which path they will take. Whatever they choose will define the fate of all those living in the Nine Realms as Ragnarök approaches.

Thanks, Gematsu for the info!

God of War: Ragnarok launches in 2022. Here at Playasia, it’s now available for pre-order. Click the button below to pre-order yours now!

If you want to buy our PSN cards for this game, it’s available here.

© 2022 Playasia. OK to reproduce if the copyright note stays intact.