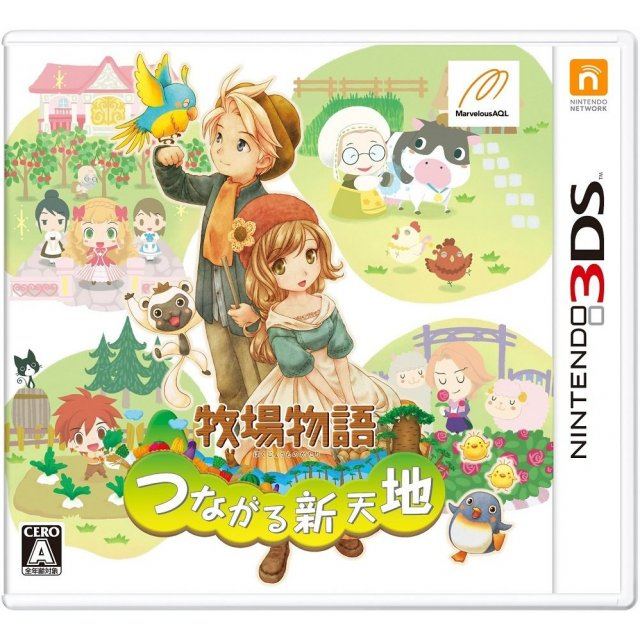 Collections
Marvelous
Rated
By Our Customers
Compatible with Nintendo 3DS™ (3DS)
For JPN/Asian systems only.

Bokujou Monogatari: Hajimari no Daichi
US$ 67.99

If you are familiar with Bokujou Monogatari: Tsunagaru Shin Tenchi, why not let others know?

Anyway - this is one of the faster paced Harvest Moon games! It's really easy to get into, there are more characters than any other game and you start out with a stat boost to help you along. If you found previous games slow at the beginning give this one a try!
1 »