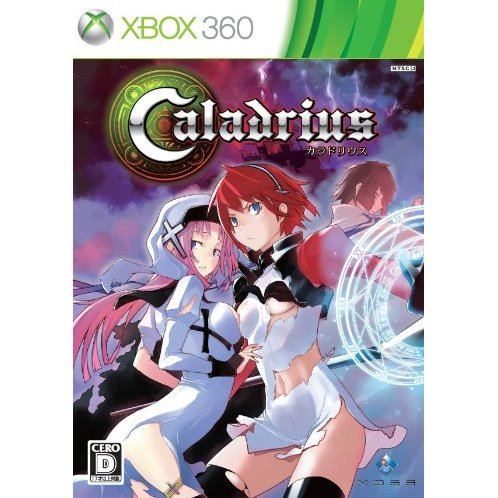 Moss, the developers behind Raiden IV is celebrating their 20th anniversary with Caladrius, a vertical shooter with gothic horror elements. From the world view to the game system, everything about the game is full of innovations. It breaks out of the mould with the intriguing story and the characters and brings gamers a brand new experience. The studio staff ensures that fan-favorite modes such as the Boss Rush, Score Attack Modes and World Ranking remain, they also added an Element Shoot system that allows gamers to level up strategically and, a Shameful Break system that reveals everything about a character. The famed illustrator Yasuda Suzuhito (of Durarara!!) and music staff in Basis Scape (of Oboromuramasa) join hands to make sure that the game is candy to the eyes and ears besides being an adrenaline-fest.

If you are familiar with Caladrius, why not let others know?

uredream (179) on 10, Sep. 2014 08:48 (HKT)
Coool Shooting Title for XBOX
Well, now my XBOX is for shooting machine. This is another good one for that experience. Level of playing requires advanced player yet it's worth playing over and over again.
jamestillett (4) on 25, Feb. 2014 02:33 (HKT)
No title
Great news for PS3 owners as well as this has been annouced for the PLay station 3 lateer this year all with Raiden 4
sooty (18) on 24, Jun. 2013 02:31 (HKT)
Something great that isn't from Cave
With the sheer number of Cave shmups on the 360, many other titles seem to slip under the radar with not much being said about them. A real shame really as Caldrius is a truly great game. In some ways there is a little of Radiant Silvergun in there with the weapon set up and the slight 'RPG' element. The game itself is solid with beautiful visuals.
adrienmccarthy (9) on 05, May. 2013 04:24 (HKT)
Pleasant Surprise!!
What a great little shmup we have here. The game plays sort of like a mix between Raiden and Radiant Silvergun. A 6 button control scheme allows you to fire standard guns/bombs along with 3 unique elemental powers for each character. The levels are pretty short but the boss battles are where the heart of the game are. They are long, and uniquely challenging, tons of cool twists and turns. After level three the difficulty gets pretty intense. There's a story mode, a boss rush mode and a handful of other things to keep you busy. The music is great and the visuals are beautiful. Very happy I picked this up.