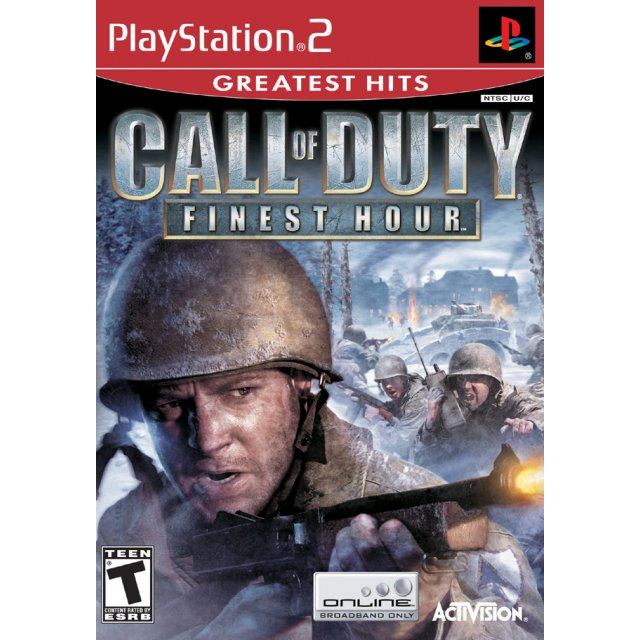 NTSC
1-2w Expected stock arrival within 1-2 weeks
Price
US$19.99
Our previous price:
US$ 24.90
You save:
US$ 4.91( 20% )
Play-Asia.com Return & Refund Policy
Trustpilot
Trustpilot
Click on a thumbnail to see more pictures for Call of Duty: Finest Hour (Greatest Hits)

In Call of Duty: Finest Hour, you must fight as part of a squad through the chaos of battle. Whether you play as American, British, or Russian forces, you'll discover the hardships that every unsung hero had to face during World War II. The game also features authentic weapons, vehicles, environments, combat missions, and the real sounds of war. Finally, the cinematic battlefield conflicts come to life on your gaming console.

No reviews for Call of Duty: Finest Hour (Greatest Hits) yet.