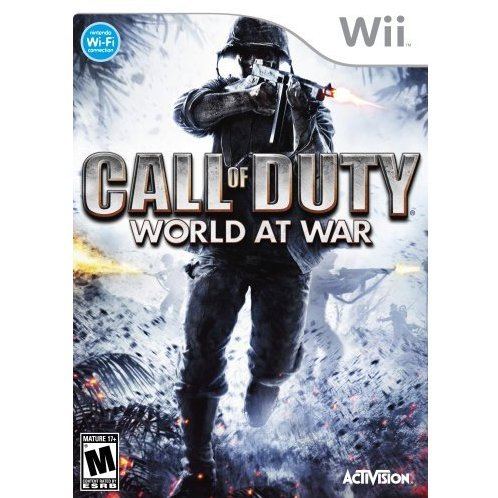 [This review is based on another version of this product]
gogoyubarismooth (289) on 20, Jun. 2012 10:04 (HKT)
funny game
funny game
hefdfr (29) on 21, Feb. 2011 20:24 (HKT)
It is interesting
Fear of the war is often transmitted.
achessman (7) on 02, Sep. 2009 07:48 (HKT)
Call of Duty: World at War
I found this game very addictive, I have been playing a lot these days, and I particularly enjoy playing online against others in the world. The graphics are not the best compared to the one on ps3, but this game is still amazing in overall
[This review is based on another version of this product]
PuNiao (365) on 28, Jan. 2009 15:54 (HKT)
Call of Duty: World at War
After a recent tour in modern warfare with Call Of Duty 4, World At War revisits one of the most devastating global battlefields - World War II. First person shooters range from alien battles, spy thrillers to supernatural bloodbaths but nothing beats putting a bullet through a member of the Axis powers, mainly the Germans and Japanese. However, the developers did not simply put gamers through the infamous battles of the second World War like Normandy, which has been blown to bits in countless game re-enactments. Instead, World At War takes us to the war in the Pacific and battlefronts of Russia, which were critical to the Allies' final victory. If you want a realistic battle with real monsters, this is the fight to take on.