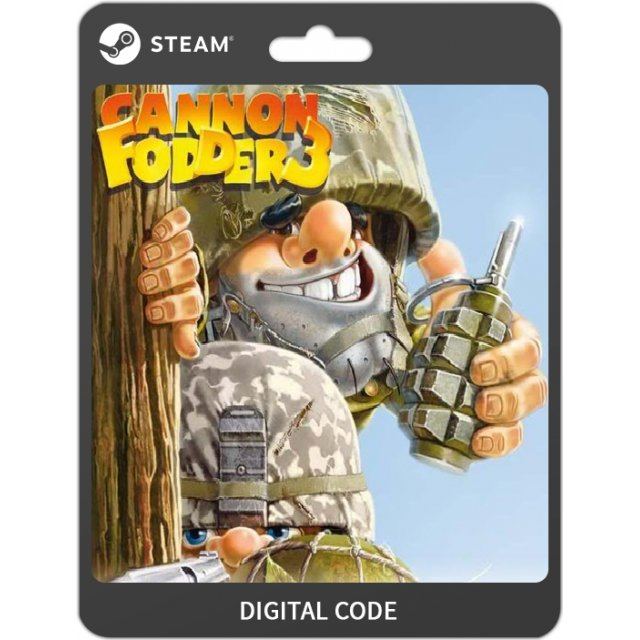 Region Free
This item will deliver instantly in your account. Some orders may be subject to verification by SMS or Voice which may cause delays.
US$5.53
Manufacturer
Game Factory Interactive
Compatible With Windows™ (PC)
Version

Cannon Fodder 3 is a tactical action game, which inherited the style and traditions of the original game. The war goes on and its scale is nearly the same as before. 500 conscripts are sent to meet their destiny. What awaits them? A general's stars or a bed of honor?

These 21st-century soldiers are equipped much better than their 1994 predecessors. They have 8 types of machinery, suitable for land, surface and airborne operations, as well as 17 types of weapon from assault rifles to the nuclear bomb.

Skirmishes take place all around the world and even in space! You'll fight throughout the day and night, in hot and cold weather, in snow and rain. The enemy is skilled - there're terrorists from all over the world and they have cutting-edge technologies at their disposal: teleportation and various mechanized combat systems. Our heroes will face great challenges - artillery strikes, insuperable force fields, automated turrets, suicide soldiers and giant humanoid robots.

No reviews for Cannon Fodder 3 yet.