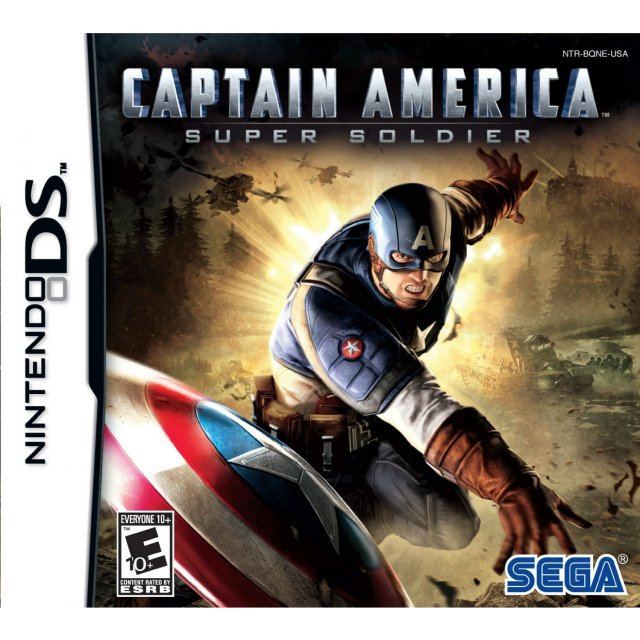 Works on all systems sold worldwide, a correct regional account may be required for online features.
1-2w Expected stock arrival within 1-2 weeks.
US$29.99
Our previous price:US$ 34.40
You save: US$ 4.41( 13% )
Manufacturer
Sega
Compatible With Nintendo DS™ (NDS™)
Version

Works on all systems sold worldwide, a correct regional account may be required for online features.
1-2w Expected stock arrival within 1-2 weeks
Price
US$29.99
Our previous price:
US$ 34.40
You save:
US$ 4.41( 13% )
Play-Asia.com Return & Refund Policy
Click on a thumbnail to see more pictures for Captain America: Super Soldier

Become Captain America™, the ultimate Super-Soldier, as you face the Red Skull’s army in this gripping original third-person action adventure set in the darkest days of World War II. Wield Captain America’s legendary shield to take out enemies at a distance, interact with your environment, and deflect incoming fire back at foes as you traverse Hydra’s massive castle to save the world from Cap’s villainous archenemies.Get ready to hurl yourself shield-first into the fray—create your own superhuman feats with the superior force of the world’s first Super-Soldier at your fingertips.

No reviews for Captain America: Super Soldier yet.