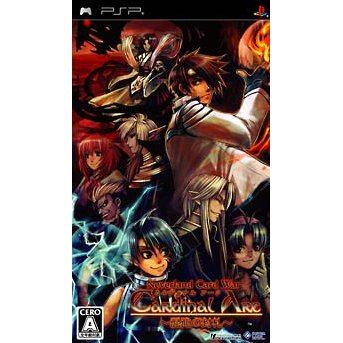 Works on all systems sold worldwide, a correct regional account may be required for online features.
1-5d Expected stock arrival within 1-5 days.
US$19.99
Our previous price:US$ 24.90
You save: US$ 4.91( 20% )
Manufacturer
Idea Factory
Compatible With Sony PSP™ (PSP™)
Version

Works on all systems sold worldwide, a correct regional account may be required for online features.
1-5d Expected stock arrival within 1-5 days
Price
US$19.99
Our previous price:
US$ 24.90
You save:
US$ 4.91( 20% )
Play-Asia.com Return & Refund Policy

The continent of Neverland: a place where humans and demons battle for supremacy. It all happened untold ages ago...

One god, unable to look on in silence as the world was engulfed in chaos, attempted to obliterate the root of the conflict - to destroy all the humans in the mortal world. They called him the evil god Hellgaia.
However, there were other gods who did not approve of Hellgaia's plan: the Divine God Koriah, the Cherubim Epsilon, the twin goddesses Euro and Mercedoa...and finally, the Overlord Janess.
These five deities sealed away the evil god Hellgaia in the alternate-dimension shrine "Cardinal Arc."
Afterwards, fearing he would be revived, the five deities divided Hellgaia'sealed powers into many cards. The wielders of the cards were called "Dominators" and it was said that through the cards they could gain godlike powers. That legend remains to this day.

Eons passed and hundreds of nations rose and fell on the continent of Neverland. Far from flickering out, the flames of war have continued their dark dance....

One day, the wandering traveler Galahad is summoned by the demon boy Egma. The boy, who calls himself a shrine guardian, tells Galahad that if they don't stop the revival of Hellgaia, the living world will perish. With his usual casual ease, Galahad has stepped into the midst of war.

No reviews for Cardinal Arc Portable yet.