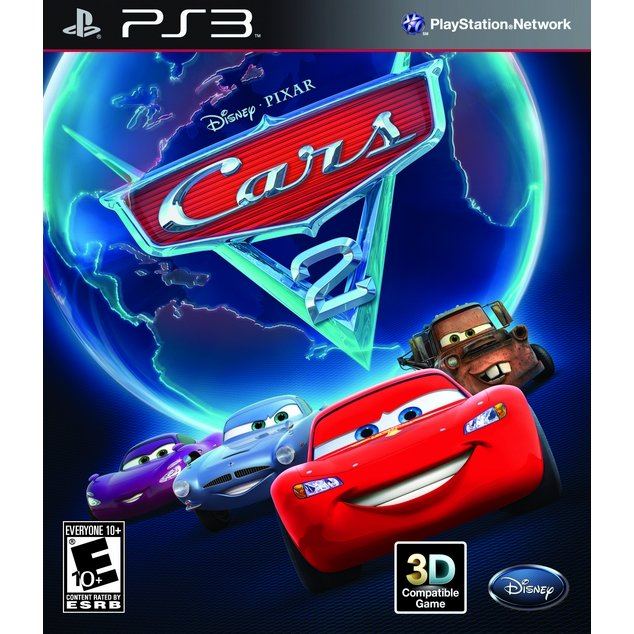 Disney Interactive
Rated
By Our Customers
Compatible with PlayStation 3™ (PS3™)

Works on all systems sold worldwide, a correct regional account may be required for online features.
24h In stock, usually ships within 24hrs. (Only 1 left in stock.)
US$52.99
Limited time offer - Secure yours now before the offer expires!

Manufacturer
Disney Interactive
Rated By Our Customers
24h In stock, usually ships within 24hrs
(Only 1 left in stock.)
Price
US$52.99
Our previous price:
US$ 54.90
You save:
US$ 1.91( 3% )
Play-Asia.com Return & Refund Policy
Trustpilot
Trustpilot
Click on a thumbnail to see more pictures for Cars 2: The Video Game

Inspired by the upcoming DisneyPixar animated film, Cars 2: The Video Game lets players jump into the Cars 2 universe with some of their favorite Cars personalities in exotic locations around the globe. Continuing the storyline from the upcoming film, players can choose to play as Mater and Lightning McQueen, as well as some brand new characters, as they train in the international training center - CHROME (Command Headquarters for Recon Operations and Motorized Espionage) to become world-class spies. They'll take on dangerous missions, compete to become the fastest racecar in the world, or use their spy skills in exciting, action-packed combat racing and battle arenas. Players can race against friends and family in either single or multiplayer modes with up to four players to unlock challenging new tracks, characters, events and thrilling spy missions.

If you are familiar with Cars 2: The Video Game, why not let others know?