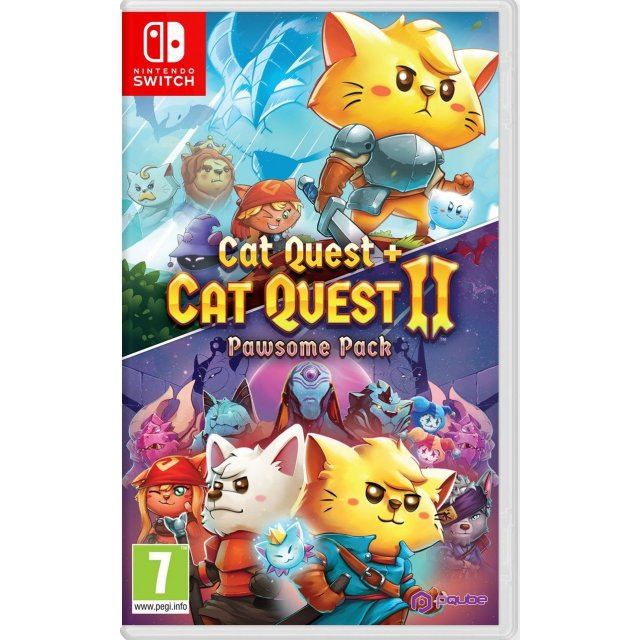 Cat Quest is an open-world action-RPG set in a fantasy realm of cats. Sequel to the award-winning original, Cat Quest II now lets you play solo or with a friend, as both a cat and dog as you embark on an epic journey! Quest in a world filled with magic, defeat curious monsters, collect stat-boosting loot and go on a cat venture like never before!

Expanding on the original with more explosive spells, new weapon options, and local co-op - Cat Quest II improves on all aspects of the universally-adored indie sensation. Enjoy both games in one tidy package!