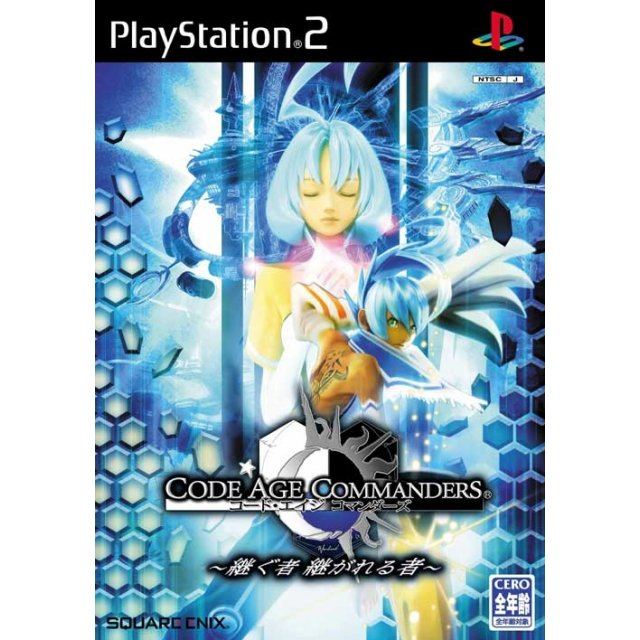 With survival in a post-apocalyptic world as the theme, the use of a new experiential system with the playing style affecting the outward appearance of the character, and created by the famous game company Square Enix, this all new action RPG blockbuster is about to make its grand debut!

In this closed world known as "world within the sphere", you find yourself in situations where conflicts cannot be avoided. In order to live on, let's fight! Then absorb the codes (DNA) of the vanquished and evolve further!

Besides the evolution of the hand, you can also learn or change freely the character's abilities. In the process of tackling the various stages, you can be awarded different points according to the performance, and these points can be used to enhance four character abilities, "Attack", "Life", "Energy" and "Defense".

If you are familiar with Code Age Commanders, why not let others know?

Baburu (35) on 23, Mar. 2007 22:58 (HKT)
Good game
I\'m not a Squar-Enix fan. There I said it. but this game stands out. It\'s not one of those turn based FF games but rather more like Kingdom Hearts. It\'s a good little game, easy to play through, but enough of a challenge to make you earn your victory.
Nemmo (8) on 20, Jul. 2006 07:01 (HKT)
Square Enix Game!!
A Square Enix game made by the same people who brought you Kingdom Hearts! But guess what!? We aint gettin it! So There you have it, Code Age Commanders, part of a BLITz in Japan (a BLITz is when they release 3 of the same game on different platforms, much like Final Fantasy XIII, this game has Code Age Archives, which is an interactive comic book, and Code Age Brawls, which is a cell phone game.)Dont quote me on the plot, but its in the future after an apocalypse. Humans now have the ability to evolve their arms. Something along those lines...go on NCSX.com, they know the plot! So basically, the game plays like the legend of Zelda: Orcarina of time. You play as 4 characters, Gene, Gerald, Fiona, and Haze. Each character has a special move, which the guide kindly explains in English. See, I think Square Enix plans on people importing their game, so this game comes with a little poster like fold out that explains how to play the game in full English. MAKE SURE YOU READ THIS! Because you may THINK your loading your data, but you are actually DELETING it! I did it once, then read the guide. Luckily, I only played the first level when I did that, but just do yourself a favor. So far, I have played a little through Gene\'s story. Its just like Zelda as in mechanics, press R1 to lock on, you can dodge out of the way and everything. The actually fighting is slightly like Evil Dead games, where X uses one arm and O uses the other. Triangle puts you into a Judgement Ring-esque special move that looks kick ass! The enemies you fight are called the Coded, which kinda look suspiciously like the Heartless. The weird thing of this game is that the Coded are at war with one another, the light versus the dark. Im not sure why, but the level will turns from Light to Nightmare, maybe depending on which side is winning? But basically, the coded fight each other, but when they spot you, they go after you. Gene has the ability to take memories from the Coded, which can be viewed in a montage format with really awesome concept art. When missions end, youll be sent to a Level Up screen, and depending on certain things you do during the mission youll get CP (Code Points) which you use to buy elements to tag onto your arms. The downfall of this game for someone who cant read English is that there is zero to no English in this game! Now, the story and movies I can forgive because they keep you interested, but the frustrating thing is all the menus you have to work through. Like I said, I thought I was loading my data but I was actually deleting it. All in all, I would recomend importing it, as long as you can find a translation guide (which I cant) or if your interested enough to just play the actually game (I am!)

Bad
THAT IS SOME FUNKY HAIR!!!! And LOTS of Japanese! No jump button either.

Ditto
Funky Hair! But the game also comes with a guide to how to play the game thats in English, thanks Square-Enix!
segno on 29, Nov. 2005 19:14 (HKT)
One of the most challenging and unique games
Though at first, the controls felt uneasy to grasp and the concept was a blur, once you get use to it, everthing fell into place.
If you don\'t mind a bit of a challenge, this game would definitely worth your while ;)