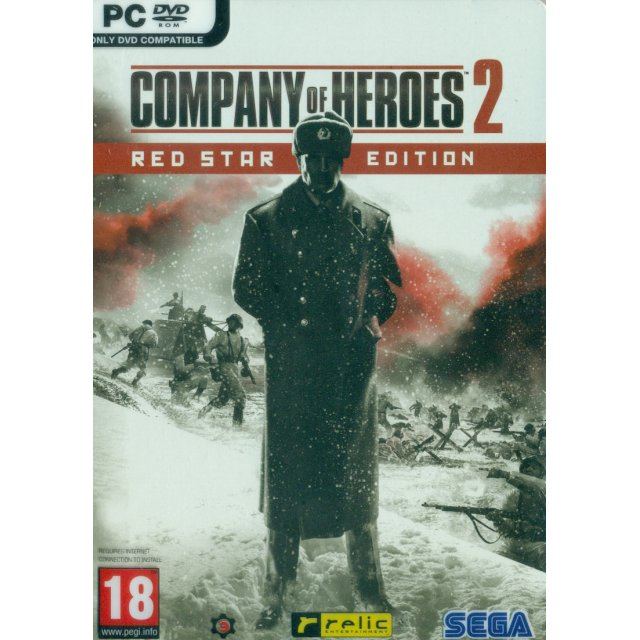 Asia
24h In stock, usually ships within 24hrs.
US$2.99
Limited time offer - Secure yours now before the offer expires!

In the world’s darkest hour you are a commander of the Soviet Red Army, entrenched in brutal frontline warfare to free Mother Russia from the Nazi invaders.It is 1941 and the beginning of what will become the bloodiest conflict of World War II resulting in more than 14 million military casualties.Witness the struggles of the Red Army from near defeat through their incredible triumph over Germany in the most challenging and costly theatre of the war, the Eastern Front.Your military tactics hold the power to tip the very balance of this conflict. Engage in tactical combat that will define you as a military leader and wield the might of the Soviet Empire as you smash your way to Berlin.The Motherland is Calling!

If you are familiar with Company of Heroes 2 (Red Star Edition) (DVD-ROM), why not let others know?

adspie69 (1) on 17, Aug. 2013 15:25 (HKT)
Worst Sequel in Entire COH franchise!
This game is awful just friggin awful.The game is poorly optimized and can even bring the strong gaming PC's to a grinding halt and low frame rates, The storyline is very boring and although I have only played the first 3 missions it had me falling asleep and was tiresome. The overall UI of the game is not helpful, takes up way to much of the screen and the game it's self has a overall cartoon feel to it. This game is a MASSIVE step backwards compared to CoH 1 in my honest opinion. I have played over 200 hours of the original CoH and absolutely love the Blitzkreig mod but the health that the tanks have in this game is pathetic... it must take at least 10+ Anti Tank rounds to the side or front of the tank to destroy a tank and even shots to the rear armour are not that devastating. I know that everyone has mixed opinions on the game and just by looking at all of the people giving low reviews and other people giving 10's to even out the bad scores is proof that this game is not quite the game anyone was expecting. I never really enjoyed the beta after getting an invite and having multiple times were I was disconnected from the game when I have an amazing connection and not a lot of people on my network. I guess I will just have to stick to playing the original CoH with Blitzkrieg mode and HD textures... that is 100 times better than CoH 2.