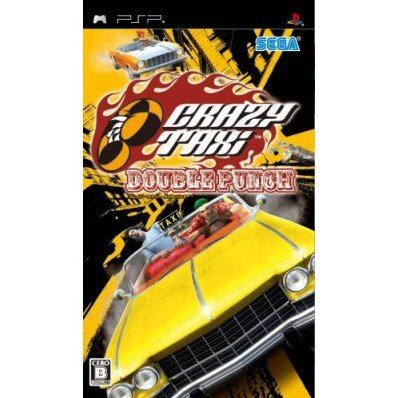 Crazy Taxi™: Fare Wars on the PSP® (PlayStation®Portable) system brings multiplayer gameplay to this fan-favorite series for the first time. It's an all-out bumper brawl as cabbies race, ram, smash and dash to steal fares and score big tips. Crazy Taxi™: Fare Wars combines Crazy Taxi™ and Crazy Taxi™ 2 with hilarious new features that allow players to meddle with their opponents in brand new ways. Ram your opponent's cab to steal their passengers and use the new interference feature to slow down their fare delivery time. This is no ordinary cab ride - this is war!

If you are familiar with Crazy Taxi: Double Punch, why not let others know?

[This review is based on another version of this product]
exp (8) on 20, Dec. 2010 13:14 (HKT)
GREAT
Ten years passed after this game had been produced. However, this game is not old. This is a masterpiece.