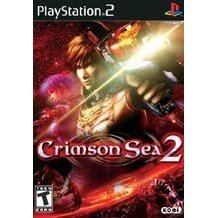 Millions of light years away in the star system Theophilus, an unknown evil threatened mankind, an evil defeated by Sho- a rare human alien hybrid known as a "Vipa," and the game's main character. However, that was only the beginning. Taking place two years after the events of the original Crimson Sea, Crimson Sea 2 sees the IAG - the agency charged with the protection of the galaxy -in a state of near-collapse. Still reeling from a massive surprise attack, IAG Commander, Live-D organizes the remaining forces along with a rag-tag team of mercenaries and survivors. Sho's old friends from G-Squad are dispersed to different areas of the galaxy, but in light of the devastation, Sho searches for more help.

No reviews for Crimson Sea 2 yet.