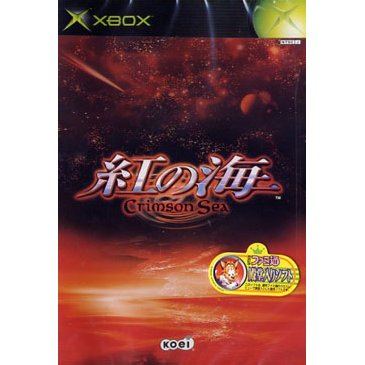 Koei Tecmo Games
Compatible with Xbox™
For JPN/Asian systems only.

Crimson Sea takes place in the vast system of Theophilus. Players set off on the journey of a lifetime, battling strange creatures in order to uncover the truth and realize their destiny. Players play as Sho, a brave young man with a clouded past, and join him as he gathers a group of highly individualistic teammates to battle strange enemies in a number of unique missions. Using a customizable futuristic weapon, the player faces anywhere from one to thousands of swarming creatures to achieve a thrill like never before. Also the player's adventures and interactions with vibrant characters create a rich story that provides character development reminiscent of role playing games. Game features include: spectacular enemies in a real time 3D world, ever-present tension and fear using an enemy sensor system and real-time Dolby Digital 5.1 ch surround sound, original, fantastical new worlds, and hours of replay value.

If you are familiar with Crimson Sea, why not let others know?