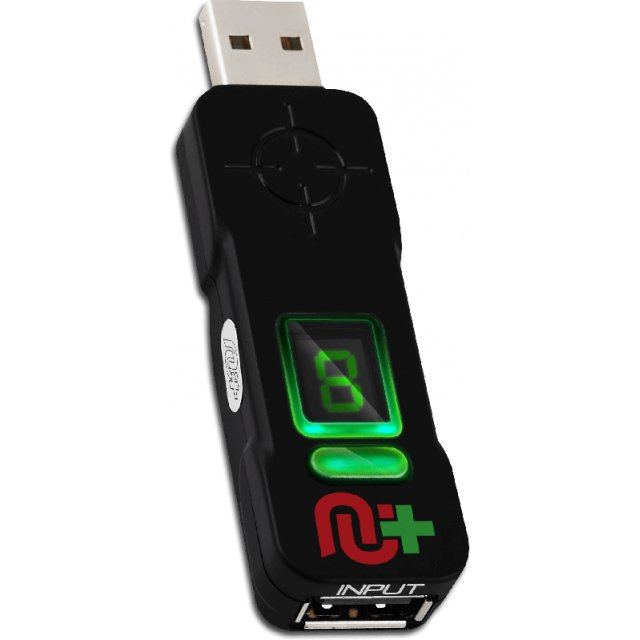 CronusMAX
Rated
By Our Customers
Compatible with PC, PS3™, X360, PS3™ Slim, PS4™, XONE™
Get informed when this item is in stock by using our Personal Agent from the right.


Click on a thumbnail to see more pictures for CronusMAX PLUS

CronusMAX PLUS v3 2015 is the next generation of the greatest cross-compatibility gaming device ever created for the video game industry.

The new CronusMAX PLUS allows you to use your favorite gaming controller on PlayStation 4**, Xbox One*, PlayStation 3, Xbox 360*, PlayStation TV, Android Device**** or Windows PC. Love your Dualshock 4 controller but have to use Xbox One at your buddy's house? or how about you want to use your Dualshock 3 on your Windows PC without installing third-party drivers? Not a problem. Just plug in the CronusMAX PLUS device, sync your controller, and you are ready to go. No hassle. Just play! Gone are the days when you are restricted to using uncomfortable controllers because of the system you are playing on.

CronusMAX PLUS Step by Step Upgrade Guide available at useful links below.

If you are familiar with CronusMAX PLUS, why not let others know?

MagixMan (48) on 19, Aug. 2017 19:20 (HKT)
Nice solution to peripherals
If you're like me and have lot's of arcade sticks lying around, then the CronusMAX PLUS is a great solution if you own multiple consoles!
erbkaiser (22) on 31, May. 2017 18:57 (HKT)
Use any controller you like
The CronusMAX has many different options, including a robust scripting language, but the main reason I bought mine was that it allows me to bypass the DRM checks on the Playstation 4 and allows me to use any controller I like on the system.

It is easy to setup and use, and there are hundreds of scripts available for multiple games that make it easier to pull of difficult combos -- or you can completely remap a controller with it.

If you get a simple USB 3 Bluetooth adapter, the CronusMAX will even work wirelessly with any controller.

1. if you want to play wirelessly you will need a bluetooth adapter for Sony / Nintendo accessories and the USB Wireless Adapter for Microsoft

2. Battery on screen may be misreported so keep an eye on your actual controllers battery levels instead

3. PS4 / Xbone you will need a USB hub and your original controller to bypass the authorisation checks by those consoles

Dispite all these I still give it 4 stars as its a great device to have and eventually when there is no more new PS3 or X360 controllers you can buy PS4 and XBone ones and continue on with your PS3 / 360 :D
choanikijin (141) on 26, Oct. 2016 11:02 (HKT)
Remember to buy from authorised dealers!
As usual, there are fakes so make sure you buy your CronusMAX+ device(s) from an authorised dealer such as Play-Asia!
1 »