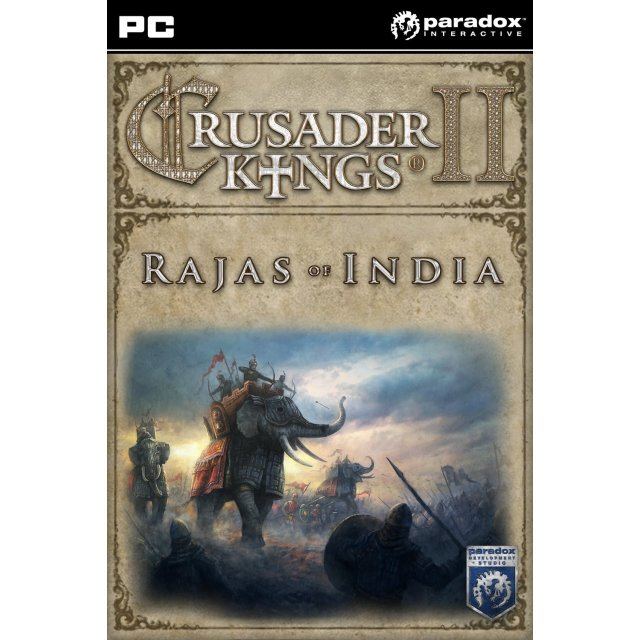 Region Free
This item will deliver instantly in your account. Some orders may be subject to verification by SMS or Voice which may cause delays.
US$6.70
Manufacturer
Paradox Interactive
Compatible With Windows™ (PC)
Version

Crusader Kings II: Rajas of India is the sixth expansion for the critically praised strategy/RPG Crusader Kings II and will focus on Eastern Persia and India. The expansion Rajas of India extends the map to the east, including the entire Indian subcontinent, and allows you to play as a Hindu, Buddhist or Jain ruler. Can you defend Dharma against foreign invaders and bring order to the subcontinent?

Crusader Kings II explores one of the defining periods in world history in an experience crafted by the masters of Strategy where medieval times is brought to life in this epic game of knights, schemes, and thrones...

*This product requires you to have Crusader Kings II: Dark Ages STEAM CD-KEY GLOBAL activated on your Steam account in order to play.

No reviews for Crusader Kings II: Rajas of India [DLC] (Steam) yet.