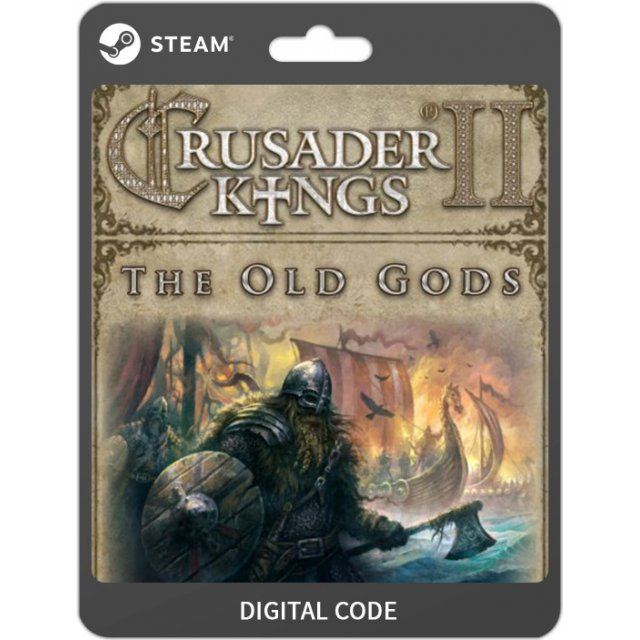 Region Free
This item will deliver instantly in your account. Some orders may be subject to verification by SMS or Voice which may cause delays.
US$1.58
Manufacturer
Paradox Interactive
Price
US$1.58
Play-Asia.com Return & Refund Policy
Click on a thumbnail to see more pictures for Crusader Kings II: The Old Gods [DLC]

Europe is in turmoil. The land has been fragmented into petty fiefdoms, the Emperor struggles with the Pope, and the Holy Father declares that all those who go to liberate the Holy Land will be freed of their sins. Now is the time for greatness.

Crusader Kings II: The Old Gods, the fourth expansion for the critically praised strategy/RPG, finally enables you to play as a Pagan or Zoroastrian ruler, with particular focus on the dreaded Vikings and their tradition of pillage and adventure.
Crusader Kings II explores one of the defining periods in world history in an experience crafted by Paradox Development Studio, the masters of Strategy. Medieval Europe comes to life in this game of knights, schemes and thrones.

*This product requires you to have Crusader Kings II: Dark Ages STEAM CD-KEY GLOBAL activated on your Steam account in order to play.

No reviews for Crusader Kings II: The Old Gods [DLC] yet.