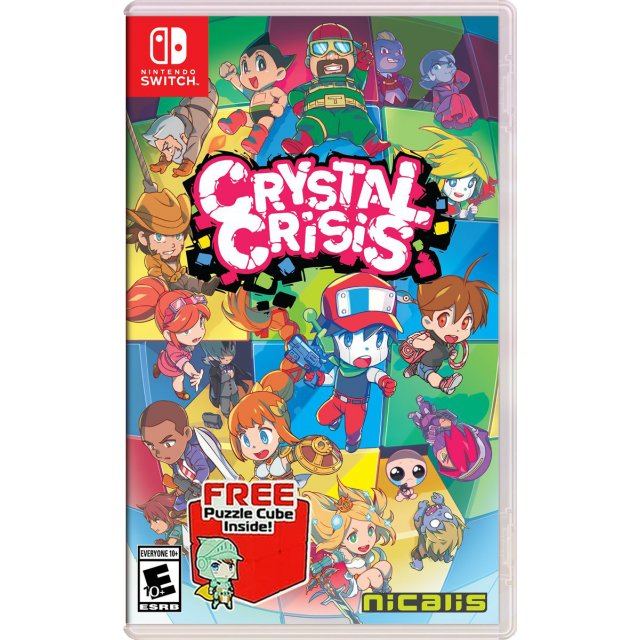 An all-star cast of heroes has gathered to test their mettle inCrystal Crisis, a cute and chaotic new color-matching combat game for Nintendo Switch. Crystal Crisis is presented like a one-on-one fighting game, but instead of pressing buttons to kick and punch, players arrange falling gems into matching colors to clear them from the screen and inflict damage on their opponents. It’s the ultimate puzzle battle throw down!

If you are familiar with Crystal Crisis, why not let others know?

[This review is based on another version of this product]
coldice (266) on 10, Dec. 2019 09:20 (HKT)
Quirky puzzle game for the switch
brings in a cast of indie characters with similar gameplay to the capcom's puzzle fighter. It's great for those who are familiar with that game.