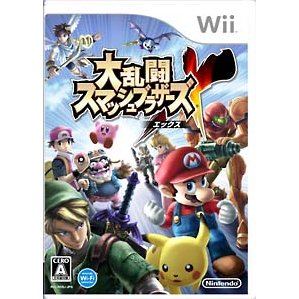 Collections
Nintendo
Rated
By Our Customers
Compatible with Nintendo™ Wii (Wii™)
For JPN/Asian systems only.

If you are familiar with Dairantou Smash Brothers X / Super Smash Bros. Brawl, why not let others know?